18 for 2018 (September) plus garden and chicken update

Well, I did shred some of the previously purged paper related to goal #8, but I feel like that doesn't really count. And I listened to Happier podcast 185, wherein Gretchen and Liz encouraged listeners to make a "Facts of Life" book, which is what I need to do for my goal #9.  I am now busy waiting for them to do a "Deep Dive" into the Facts of Life book, so I can get more ideas about what to include.  The last remaining goal, sending Christmas cards in 2018, remains in stand-by mode.  Click here to see the entire list.

I honestly thought I'd make more progress in September, considering the kiddos went back to school.  Turns out I underestimated the emotional impact of this years' back to school experience.  No worries.  I still have three more months to accomplish three more goals.

Well.  Since that's done, what else should I tell you?  How about a garden and chicken update?  Yes?  OK!

The weather has finally turned cooler, which means the garden is pretty much done.  There are a few more tomatoes still out there, and I'm planning on bringing them in, along with the jalapenos, this afternoon.  I also need to dig up the rest of the potatoes, and figure out what to do about the garlic.  I don't think the garlic is done, so I'm considering leaving it out over the winter.  Apparently, planting garlic in the fall and leaving it out over the winter is a thing, even in our northern planting zone.

Our apples are ripe, and quite a few of them have fallen, to be gobbled up by visiting deer.  I'm not too upset about that, since we still have a lot of applesauce left from last year.  With one of our main applesauce eaters out of the house, we just don't eat as much of it.  We're planning to do some applesauce, mostly in pint jars, since those are a more practical size for gift-giving, but we're also going to make some other apple products, like apple cider, apple pie filling, and caramel apple jam.

In chicken news, I noticed the other day that I could see Esther's chin--the same chin that's always been covered by fluffy feathers.  She hasn't been laying eggs; she's losing feathers.  Sounds like molting to me.  I do not understand why a chicken would want to replace her feathers just as it's getting cold.  I hope it goes quickly enough that she stays warm.  Rocky also hasn't been laying eggs, but I haven't noticed any missing or new feathers on her.  Toasty has slowed down, but is still laying pretty regularly.


The Littles are making up for their older sisters' shortcomings in the egg laying department.  Indigo and Koko have become very reliable layers, giving us an egg each just about every day.  Hazel is pretty reliable, too, if not quite as prolific.

Email ThisBlogThis!Share to TwitterShare to FacebookShare to Pinterest
Labels: 18for2018, chickens, garden

Menu plan for the week of September 17

You guys!  Menu plan breakdown did not occur until Wednesday last week.  Whoohoo!  But when it happened, the breakdown was spectacular.  We finally got back on track yesterday.  This week, like last week, I suspect breakdown will occur in 12 hours or less, but maybe I'll be surprised and we'll be able to hold out longer.  Only 5ish more weeks of football season.  Then I won't have as good an excuse for not cooking and the consequential menu plan breakdown.

Menu plan breakdown isn't all bad.  Sometimes, it can be a good thing.  That's because I don't have to think of as many meals--I can just move the unmade, but shopped-for meals to subsequent weeks.  And yes, I am hopelessly optimistic sometimes, thank you.

I also need to tell you that the French onion chicken skillet was really yummy.  I liked it a lot.  MC said it was ok and he'd be willing to eat it again, Bubby tolerated it (but made toast at the earliest opportunity).  That's about as good as it gets around here.

Menu plan for the week of September 10

See?  I can't even get a full sentence out (<-- oh, look.  There's one).  There is no way that this meal plan will make it through the week intact.  Absolutely no chance.  I know this with certainty.  And yet, I persist in posting.  I guess it just goes to show, hope survives even in the face of insurmountable odds.  And thank God for that, amiright?

I really liked the rotating two week menu plan that we used for 6 weeks during late summer, so I sorta kinda did something similar.  Some meals are repeated every week, some every other week, some every 3 weeks, and some not at all, but the upshot is, I have meals planned for most days in September and October.  And when October is over, so is football season, which will take a lot of the meal-making pressure off.

Here's the plan.  Care to make any guesses as to how long before menu plan breakdown occurs?

Yes, the garden is straggling along.  We've got a few more tomatoes left in the garden.  I did get one batch of salsa made with tomatoes and jalapenos from our garden, and the rest of the tomatoes I've been harvesting as they ripen, then blanching, peeling, coring, quartering, and freezing them.  I was hoping to get enough tomatoes (25 pounds) to make spaghetti sauce to can.  Now I'm thinking I'll probably just dice and can them. 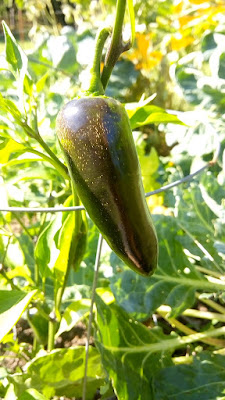 We probably have enough jalapenos still on the plants to can a load.  Maybe I'll get to that next week.  The jalapenos on one of the plants turned purple almost right away, and long before they were ripe, which makes me think that one plant is a different variety than the others.

The cantaloupe did really well.  I harvested one that was over 7 pounds, and there are three more melons on the plant. 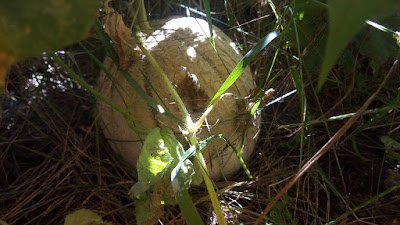 The Brussels sprouts did not as well.  There are sprouts on the plants, but they're not very big, and I don't know if it's worthwhile harvesting and eating them.  Brussels sprouts like the cold, though, so I'll just leave them out there and see what happens.

I decided that we needed to dig up at least one of the potato plants before AKD headed off to school, since it was his idea to plant potatoes.  We did, indeed, get some potatoes, but they were pathetically small.  The volume of potatoes that we harvested didn't even equal the volume of the potato we planted.  We do still have four more potato mounds, so maybe those did better.  We're waiting until the plants die away before digging those up.

I do not have high hopes for the garlic and carrots.  They're root veggies, so obviously we can't tell what's going on with them, but looking at the leaves, it's not looking good. 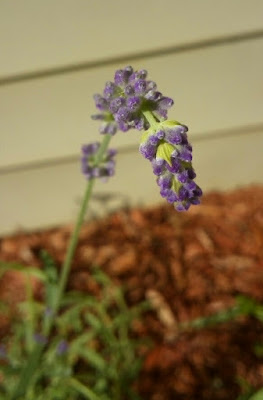 Our basil plant was doing really well, and I should have pruned it and dried basil before we left to take AKD to school, but I didn't have time so I left it, and by the time we got home, the plant was shriveled and black.  It rained a lot while we were gone, so it wasn't lack of water that did the basil in.  The lavender plant is blooming again.  It seems well established, so hopefully it'll come back in the spring. 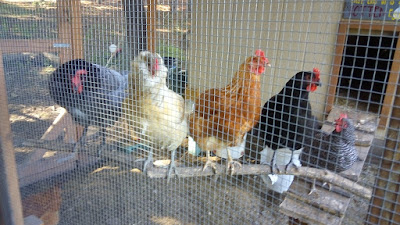 In chicken news, the Bigs' egg production has dropped big time.  I don't think we've gotten an egg from Esther in 5 or 6 days.  Got one from Rocky and one from Toasty yesterday, but before that it had been a while for both of them.  The weird thing is they're still sitting in the nest box.  They're expecting eggs--they're just not coming.  Surely, it can't be lack of sunlight already that's causing them to lay less.  Or maybe it can?  This development has me seriously rethinking my no-light-in-the-coop-to-give-the-girls-a-rest policy.  The other possibility is that they're entering molt, wherein they lose their feathers and then grow them back again.  It seems really odd to me that a chicken would lose her feathers just as it's getting cold, but nevertheless, that's what they do. 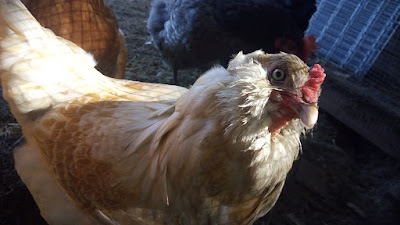 Luckily, the Littles' egg production has been ramping up, so we're still getting about three eggs a day.  They're little eggs, but at least they're eggs.  I was thinking I wouldn't have to buy eggs anymore once AKD left us, but I'm not sure if that's actually going to be the case.  MC is still eating three eggs a day, and I'm still eating one.  Bubby seems to have passed through his waffles-for-every-meal stage, so at least we're not needing eggs for that. 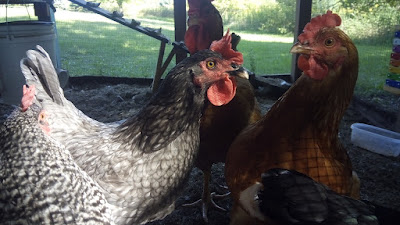 Speaking of little eggs, we've been getting so many double yolk eggs since the Littles started laying.  Apparently it's really common for new layers, and old (near the end of their laying years) layers to lay double yolks, but we never got any from our first set of hens.  It's mostly Indigo laying the doubles, and they are huge.  Poor Indigo.  But lucky us. 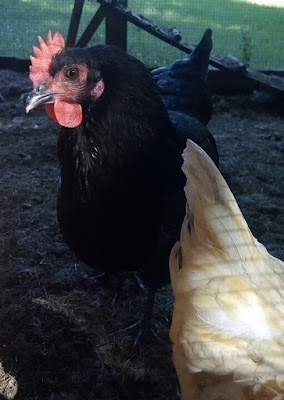 I haven't made much progress toward turning Koko into a lap chicken, although she did let me pet her without running away yesterday.  I guess I'll keep working on it.
Posted by Scarlet Bluefield at 6:00 AM No comments:

Sorry I've been neglecting you.  One of the podcasts to which I listen is Organize 365.  And one of the things Lisa talks about is that she divides her year into three parts, each with a "new year," with new goals.  I've talked about how for people associated with the school system, the beginning of school is more of a new year than January 1.  Same concept.  Her year-parts begin in January, May, and September.  Another thing Lisa says about her year-parts is that they always begin super-organized and dissolve into chaos by the end.

That is what has happened here.  My summer year-part started organized with all kinds of plans and schemes, and has devolved into chaos.  And I am still there, in the chaos, because school hasn't started yet.  We're having the longest summer ever, thanks to the ongoing construction in our school district.

A week ago, I left my first baby in a place where they don't know him, and could never love him as well as me.  I know he is ready.  I know he will find his way.  I have always known that this day was coming.  That doesn't make it any easier to bear.  I cry, not for him, but for me.  I miss him.  And I know that our relationship will never be the same.  He will always be my baby, but he is not a child anymore.  My heart aches with sweet memories of the boy he was and the time we shared.  I guess I just need to grieve a little longer before my heart is ready to accept the new sweet memories that are sure to come.

So that's why I've been neglecting you.  Chaos and grief.  There is still chaos; there is still grief.  But I'm back.  I think.

As a result of the chaos, I lost my enthusiasm for taking pictures to share with you.  But here's what I have.  Love ya.  Talk to you soon. 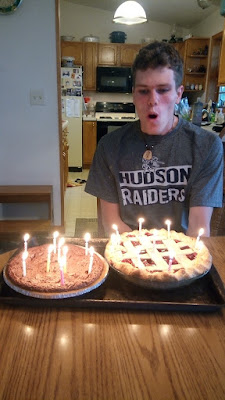 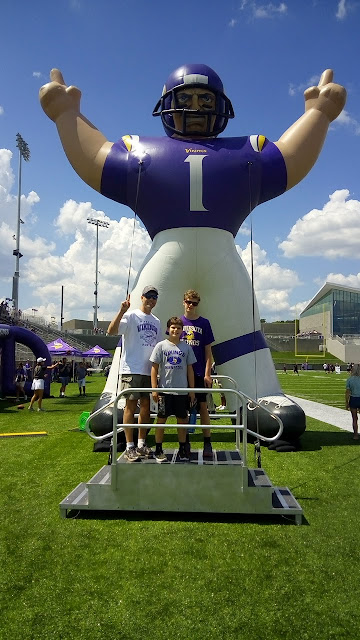 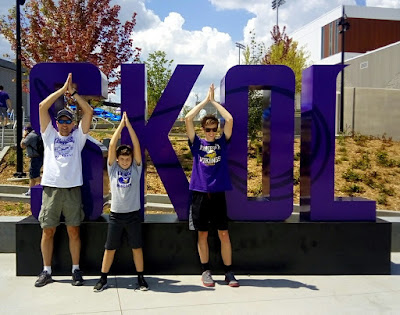 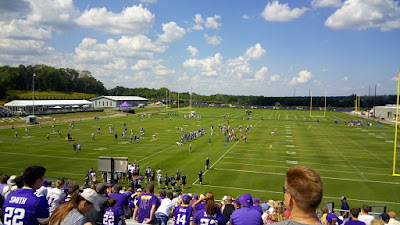 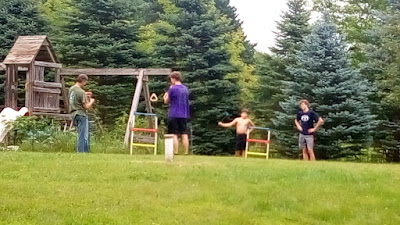 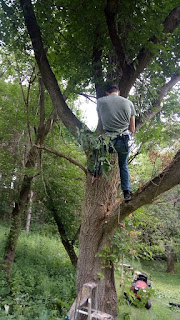 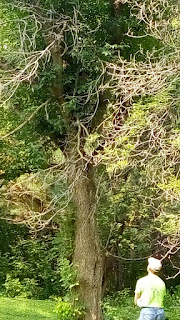 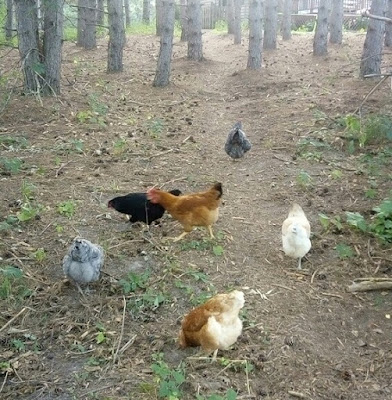 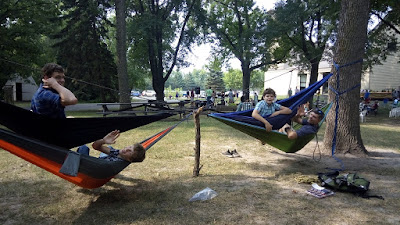 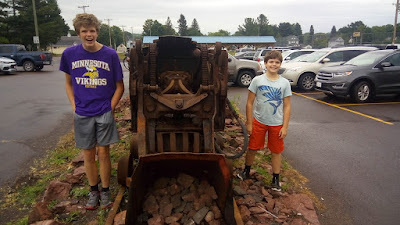 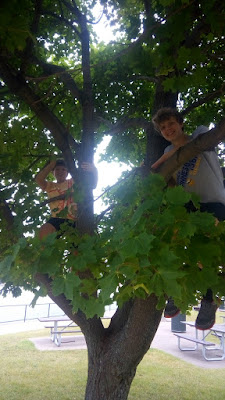 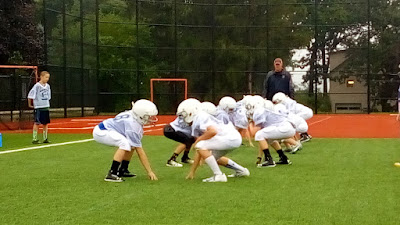 Posted by Scarlet Bluefield at 2:17 PM No comments: