Introducing the newest addition to our household: 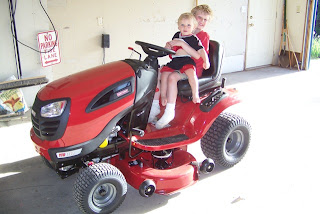 "Red"
350 lbs, 48"
delivered Wednesday
. . . . . . . . . . .
So last weekend, while Luke was being born, my mom was celebrating the xxth anniversary of her 19th birthday, and the tractor was blowing out its engine (oh, right, that was the weekend before that), Hubby and Code-man were at Cub Scout camp. Code-man was being promoted to 1st year webelos (which stands for "WE BE LOyal Scouts), and Hubby (aka Sawblock) was having his inaugural camp-out as Cubmaster. 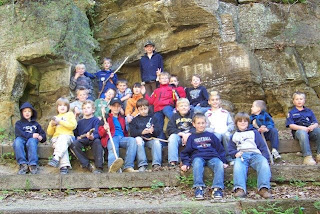 Here's a picture of the group at the chapel. Code-man is third from the left in the (sort of) first row.

And here is Bubby contemplating a tulip: 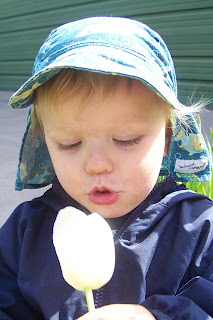 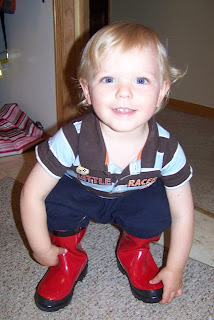 And showing off his rain boots.

Wednesday, Hubby had to visit a vendor about a two hour drive from here, and decided that he needed a driver, so he took Bubby and me along. After we returned, Hubby asked Bubby how the business trip was... 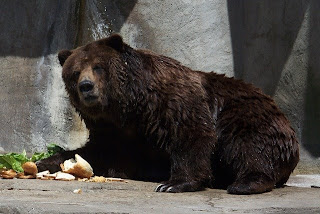 It was a real bear (or doggy, as Bubby would say)... About 12 miles south of the vendor's offices, there is a little zoo. This is Ms. Grizzly, giving us a look before resuming her lunch. It was hot, so she had just taken a dip in her little pool.
Posted by Scarlet Bluefield at 1:09 PM