Well, we did it.  We put together a pen for the little girls inside the chicken run, so the bigs and littles can see each other, but not hurt each other. 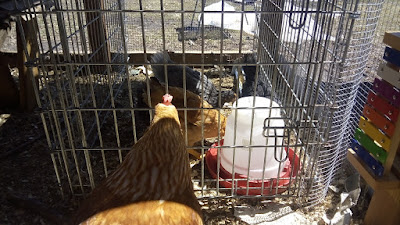 They've been going out for extended field trips daily since then.  I take them out when the temperature gets to be about 50°F in the morning, and bring them in some time after supper.  On the first day, at one point I saw the three bigs lined up on one side of the fence, and the three littles lined up on the other, just staring at each other for about 10 minutes. 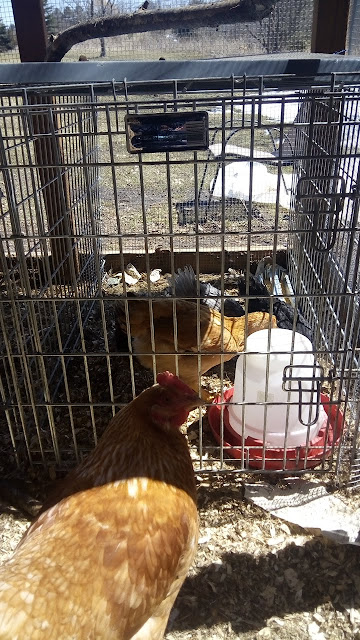 The big girls have been quite vocal about the whole affair.  They flap their wings in their I'm-bigger-and-stronger-than-you way.  They try to peck the littles through the fence.  Chickens do not take readily to change. The littles have learned quickly to stay away. 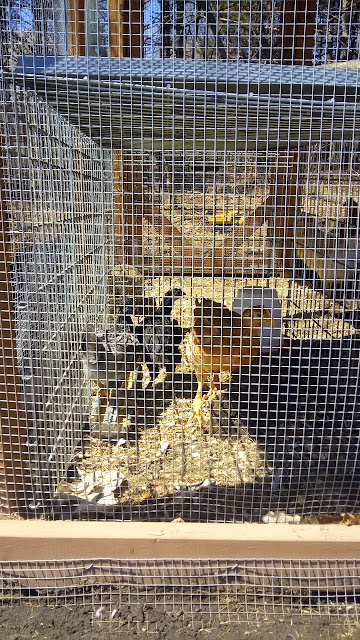 It's looking like the overnight temperatures over the weekend will be around 50°F, so I'm hoping to leave the girls out, in the hen house, overnight.  I'll decide later in the week, based on the bigs' behavior, whether to keep them behind a barrier or not. 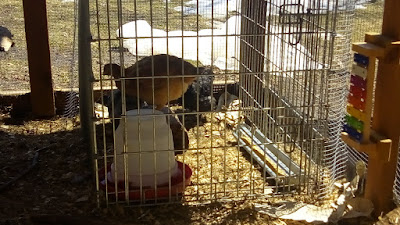 I think the littles like being outside.  I've seen all three of them sunbathing, and they seem calmer when they're inside.  I'll keep you posted.
Posted by Scarlet Bluefield at 6:00 AM