I feel like my garden is so far behind this year!  Probably because it is.  I didn't plant until June--I would blame the unusually cool weather we had in May and early June, but the actual reason is I just didn't get to it.

Anyway, not much is happening in the garden, but it's still fun to go out and see what's new.

Most exciting this week (for me, anyway) was the emergence of female patty pan squash flowers. 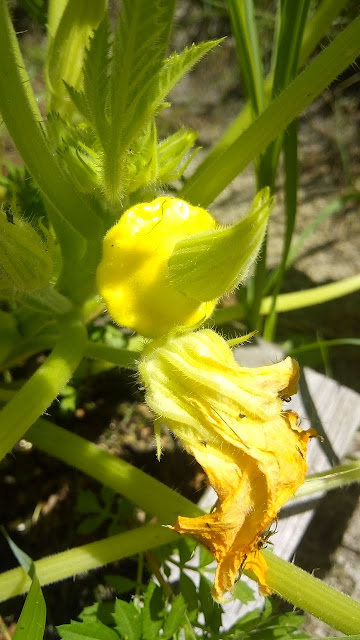 This is a picture before the flower was even fertilized.  The ovary is huge!  I'm really looking forward to harvesting and eating these fruits. 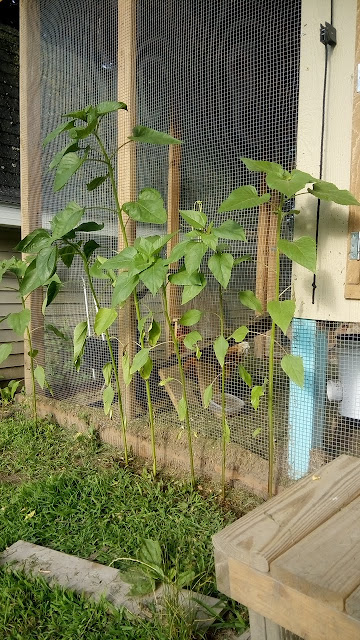 Our sunflowers continue to grow.  The tallest one is almost taller than me, now (photo bomb by Koko and Toasty). 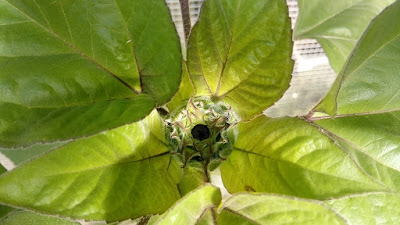 You can see the immature, unfertilized seeds in the seed head.  Well, you can't, but if you were here, looking at it in person, you could. 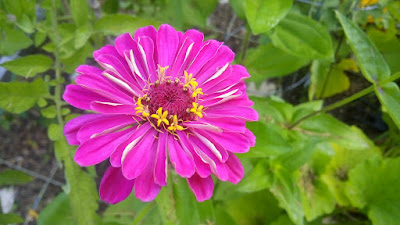 A couple of the zinnias have bloomed.  Remind me that we need more zinnias next year. 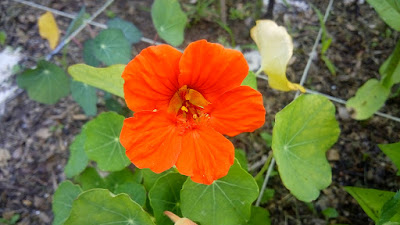 I fed Hubby a nasturtium the other day.  He was skeptical, but he ate it. 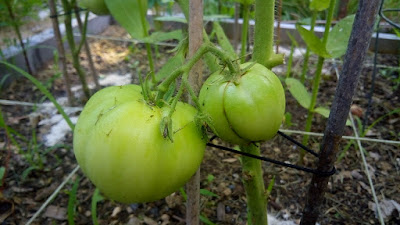 The big beefs continue to grow, and the yellow spots continue to spread.  I'm crossing my fingers I'll be able to harvest some (hopefully most) of these! 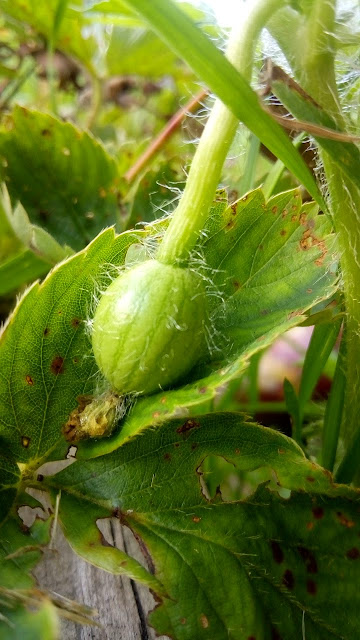 We have a watermelon, shown here nestled against a strawberry leaf.  So exciting!  Then again, we've had watermelons before, but they've never made it to harvest.  There were another two, and I was so happy to see them, until I noticed that the vine they were on had been bitten off the plant.  So sad. 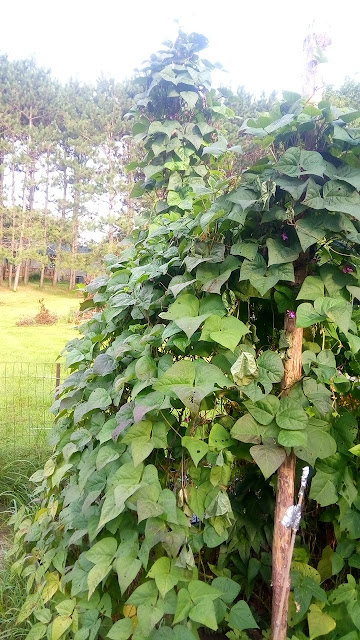 Something also bit through quite a few of my pole bean plants, about 6 inches up from the ground.  The purple beans haven't been affected (so far), so hopefully we'll get quite a few beans still.  It is strange, though.  Based on the number of flowers I've been seeing, I would think we would have lots and lots of beans by now. 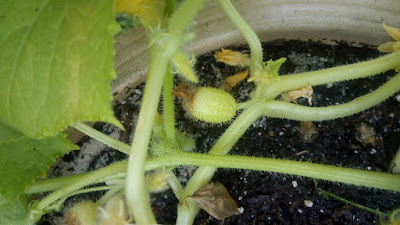 I thought my itty bitty baby lemon cucumbers had a touch of blossom end rot, so I gave them a bit of supplemental calcium.  Now I'm thinking maybe that's just the way they look after they're fertilized, with the spent bloom covering the whole blossom end.  In any case, the calcium won't do any harm.

And I think that's it.  What's growing in your garden?
Posted by Scarlet Bluefield at 4:00 AM