Saturday, we knocked another activity off our Summer Fun To-Do list: we went on a train ride. 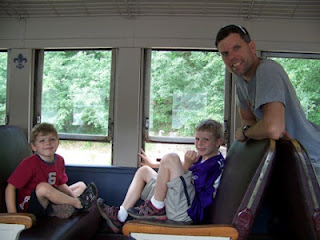 But first, we hung out at a waterfall near the train station.  What a gem, hidden right downtown.  We never even knew it was there. 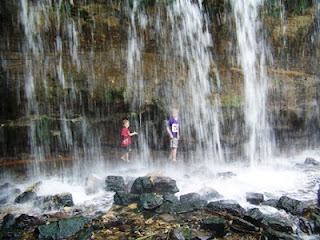 Or, I should say, we hung out behind a waterfall near the train station. 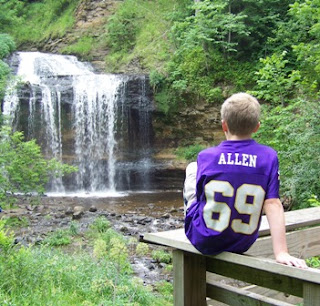 Isn't this a great picture? (Would have been even better if those people would have gotten out of my shot)  I love that boy. 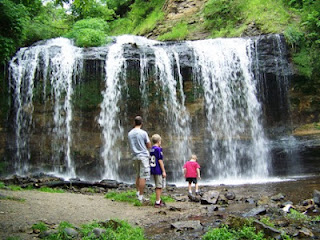 Bonus points if you can tell me where this guy is. 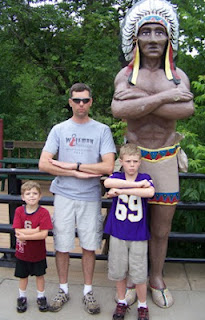 So, after a nice picnic lunch and a not-so-nice dip in the waterfall (would have been nicer if we'd brought extra clothes for Bubby), we boarded the train for the long-awaited ride. 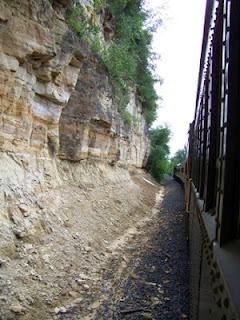 The journey was about 20 miles round trip, and took us about an hour and a half.  Most of the time we were riding by these sandstone bluffs in the river valley. 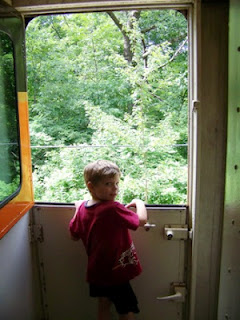 This summer fun activity was Bubby's choice and his first train ride (I know, hard to believe, right?  Especially considering MC took his first train ride at 2 months old).  Bubby was so very excited to be riding on a real train!  So excited, in fact, that he could barely stay in his seat.  I'm not sure how many times those boys walked the length of the train, but it was definitely more than once. 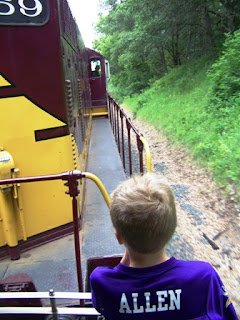 MC got to ride outside the train behind the engine for a little bit...until they got kicked out of the dining class car! 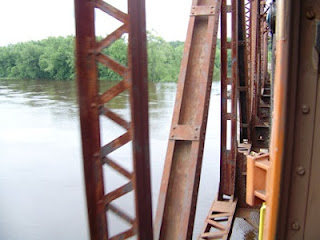 A highlight for me was riding over this old drawbridge.

Here's what it looked like from the ground when we stopped there for lunch while canoeing on the river 3 years ago. 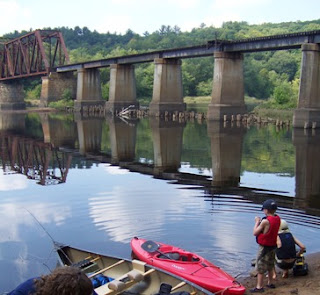 This little beach was completely underwater, although I did look for it. 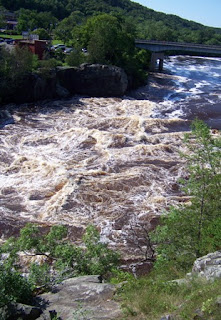 We ended the day by heading a few miles north to see what the river looked like just south of the dam (or, as my MIL calls it, "that dam thing").  It was amazing to see.  The river is up several feet, like 10 or 15 feet.  Usually you can see rocks under the bridge, but not this day.

It was a lovely day creating fun memories...

Your turn: How's your summer going?  What's on your summer fun to-do list?
Posted by Scarlet Bluefield at 6:00 AM