While we were visiting Chip in December, she served my kids some Friendship Bread.  And of course, that made them want more.  That stuff is like crack.  Only yummier.

So I made myself some starter (contrary to popular belief, one does not need to be Amish to make Friendship Bread starter) with the intention of feeding it, growing it, then using it all on Day 10 (if you don't know what Day 10 means, click here for a basic explanation of what goes on in the Friendship Bread process) instead of passing some on to friends.

And now, I need to ask you a question.  It's a serious question that requires a serious, well thought-out response.

Since I didn't get it from a friend, and I'm not planning on passing it on to friends, can I really call it Friendship Bread?  Maybe I should just call it Shirley instead.  But if the title of this blog post was "Shirley Variations," I'm thinking I might get the wrong type of visitors...

Friendship Bread.  It is so good.  But don't you ever get tired of the same old recipe time after time?  I do, so I decided this time I was going to do something different.  You probably already know that you can substitute any flavor of pudding in for the vanilla (again, if you don't know what I'm talking about, here's the basic bread recipe, except I use 2 cups of starter), so that's what I did. 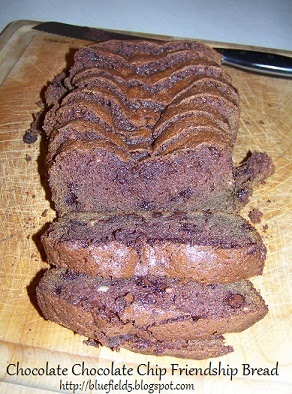 by adding chocolate pudding, along with about 1 cup of semi-sweet chocolate chips.  I also omitted the cinnamon.  So delicious.

I made lemon poppy seed 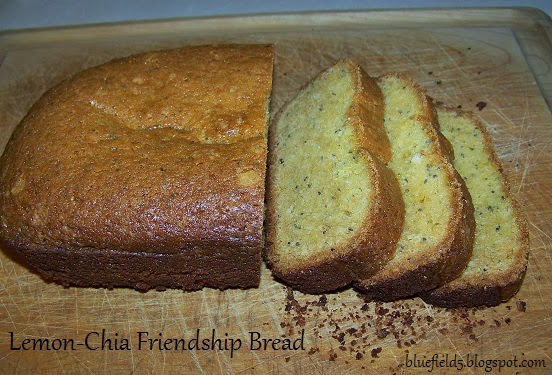 by omitting the cinnamon, and substituting lemon pudding, adding 2 T poppy seeds (I would add 3 T next time).  Only I didn't realize that I was out of poppy seeds, so I added chia seed instead.  Yes, lemon-chia tastes just like lemon-poppy, but you get all those great chia benefits.  Everyone loved it.

I also made one loaf of traditional Friendship Bread, using the original recipe.

Nothing to call home about, really.  It's just regular Friendship Bread with a few substitutions.  However, my friends, I was AMAZED at all of the other variations I found.

I probably won't ever get around to trying them all, but I intend to make as many as I can.  Starting with Chocolate Turtle Friendship Bread.  Or maybe Cranberry Walnut Flax Friendship Bread Muffins.  Or...

I think I'm gonna have to pull 'em out of a hat!

Happy Friendship Bread (or Shirley) making!
Posted by Scarlet Bluefield at 11:36 AM