It's finished!  Yay!  I met my self-imposed Saturday deadline. 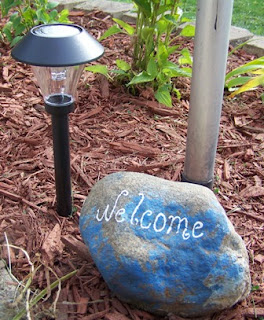 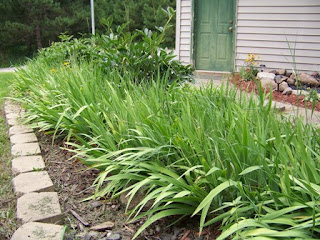 But first, the "before" picture... 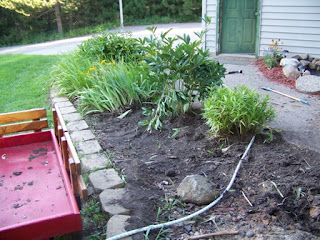 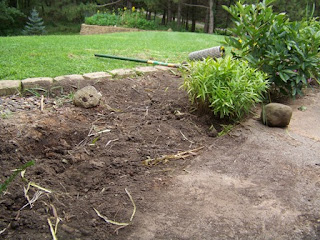 and blank slate, sort of. 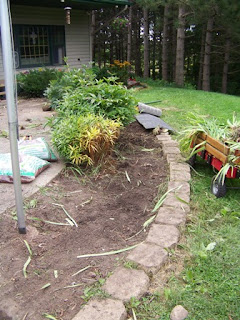 When thinking about how to replant this space, I decided I wanted to keep the pre-existing peonies, which are a purply-pink color, and asiatic lillies, which are orange. 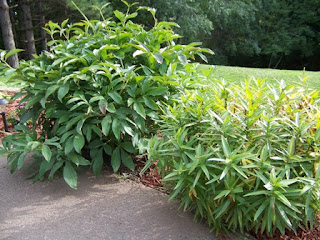 I decided to leave them in place, rather than trying to move them, because I didn't want to push my luck.  They're beautiful and huge, and I wasn't sure I'd be able to relocate them without killing them.
I wanted to have some common elements tying both sides of the path together, so in addition to adding matching solar lights to this side of the path, I planted some black eyed susans.  There were two there already, almost overwhelmed by the irises, which I moved (I was going to say you can just barely see them in the "before" picture, but no, you can't). 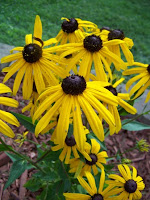 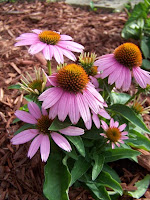 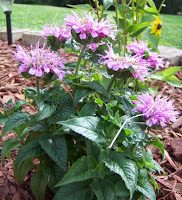 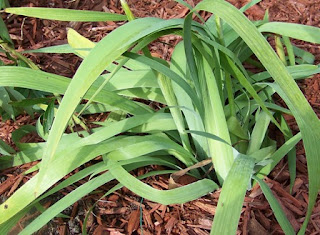 And, yes, I relocated a few of the iris rhizomes (less than 1%, though)--sure hope I managed to get purple ones.  When MC saw this, he said, "uh, mom, you do know those are irises, right?"  He was just a bit incredulous that after all of that sweaty, back-breaking work, removing the things, I would put some back.
Oh, and I'm planning to plant some daffodils and tulips this fall as well.  We should have blooms throughout the entire growing season :) 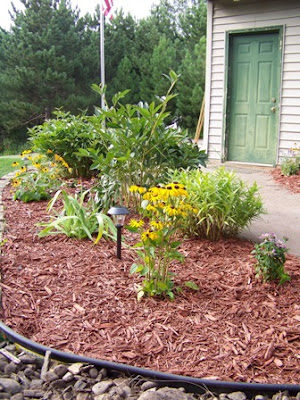 Ta da!  In what is, perhaps, the understatement of the century (or at least the week), Hubby commented, "huh, that looks better."  Uh, yeah it does.
I love it!  And I think I'll love it even more as it grows in to the space over the years.

If you're feeling lost, or just want to re-read the genesis of this project, here ya go:
Manual Labor--digging the hole
Weeds--motivation
No Weeds Here--the finished pond

Sneaky Zucchini--in the process of defeating my arch nemesis
Posted by Scarlet Bluefield at 10:00 AM