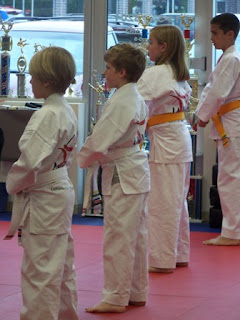 MC tested for his gold belt a couple weeks ago. 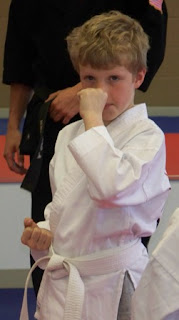 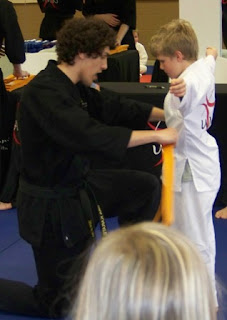 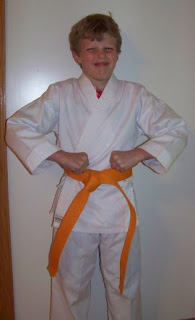 This is his "mean face."  I don't know about bad guys, but I find it intimidating. 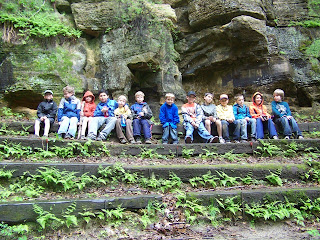 After receiving his gold belt, MC headed over to the year-end Cub Scout camp-out. 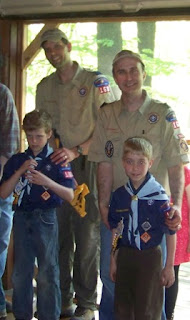 He received his Wolf badge 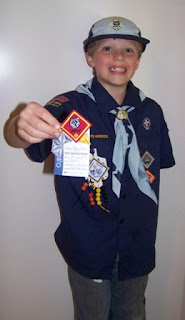 and now he's working toward Bear. 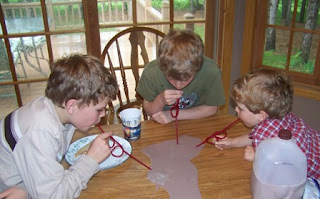 About a week ago, MC spilled his chocolate milk at lunch time.  Instead of wiping it up with a towel, the boys broke out the twisty straws and started slurping :)
Posted by Scarlet Bluefield at 9:52 PM