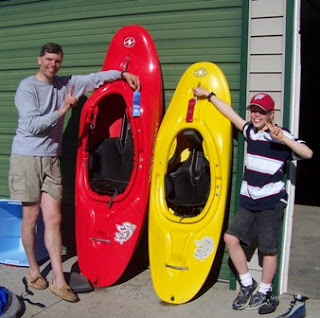 Sawblock and Code-man placed 1st and 2nd in their divisions in a Buttercup Series kayak race, which is, apparently, a qualifying race for the Junior Olympic kayak trials (when Sawblock told me they're held in Golden in September, I immediately began making plans to attend). 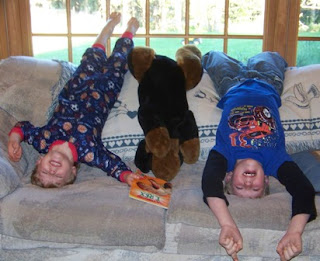 Three of my favorite people/stuffed dogs up-side down.
Posted by Scarlet Bluefield at 9:35 PM