Our neck o' the woods

So, here's what's been going on in our neck o' the woods during the past week or so... 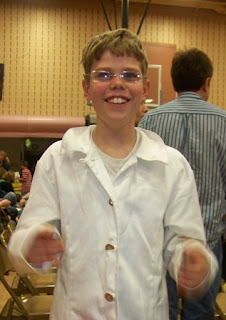 Code-man was Albert Einstein in his 5th grade concert, "Spaced Out."  I tell ya, if I'm this much of a mess (that's right, I started bawling during his trio--wanna make somethin' of it?) this far away from the end of elementary school, it is not going to be pretty when he graduates from high school.  My baby!...is going to middle school (!).  I am SO not ready for this.

Bubby learned to ride the 3-wheel scooter, just like "the brothers." 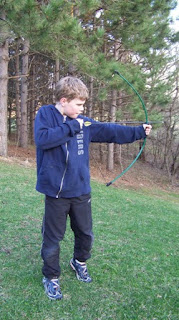 Code-man's been practicing his Robin Hood skill set.  He signed up for an archery day camp this summer. 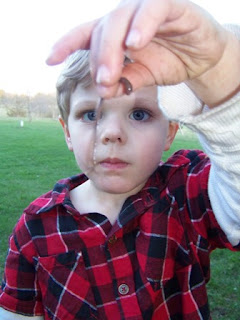 Bubby made a new friend, whose name is Squirmy Wormy.

Bubby, Pal, and I went for a hike on Friday to our closest waterfall (can you believe I was once again surprised by how steep that hill is?) and saw... 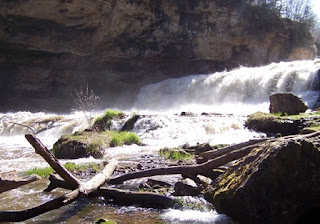 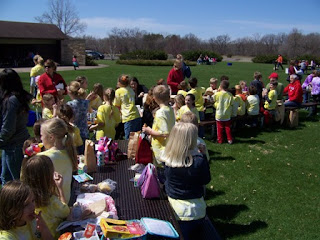 The wildlife tended to stay in color groups, which I found interesting, 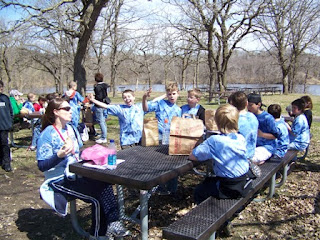 but we did find these two intermingling. 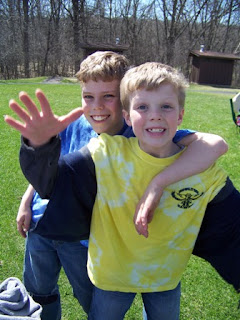 I wish now that I had taken a picture of all of those 200+ wild creatures swarming the play equipment at the state park.  It was truly an awesome and terrible sight, and I don't know if I will ever get the opportunity to see such a gathering again.

That's it.  Well, that's all I have pictures for...we're also in the process of setting a record for longest February (which, of course, is usually the shortest month of the year) ever--today was our 91st day of February in 2011.  Yes, it was snowing AGAIN this morning, and we froze our tushies (and ears and hands) at Code-man's first soccer game of the season this evening.
Posted by Scarlet Bluefield at 10:49 PM