But not just any tooth.  Bubby lost his special tooth yesterday.

The one that started chipping away when Bubby was less than a year old until that one tooth looked like two tiny little fangs hanging down. 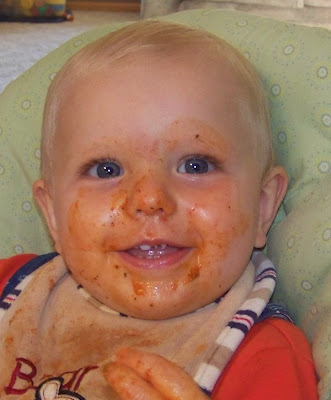 The one on which Bubby had a root canal when he was two.  Two!

The one that we were told probably wouldn't fall out on its own. 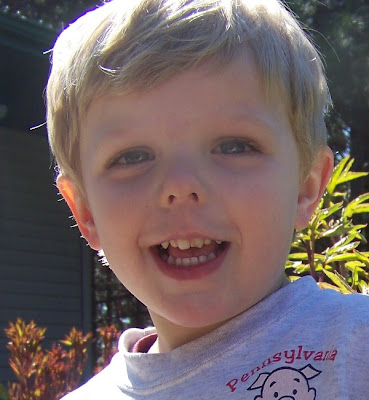 The one that stubbornly held on for months after its compatriot fell, forcing his permanent tooth into an awkward position behind it and to the side. 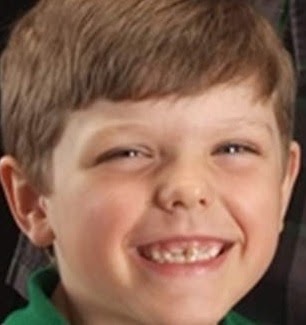 And it didn't just fall out.  It was plucked skillfully from Bubby's mouth by quite possibly the best pediatric dentist ever.  With actual pliers that looked an awful lot like the ones I have in my kitchen drawer.  And there was a sucking swoosh and then a popping sound.  And lots of gauze that should have been white but wasn't anymore. 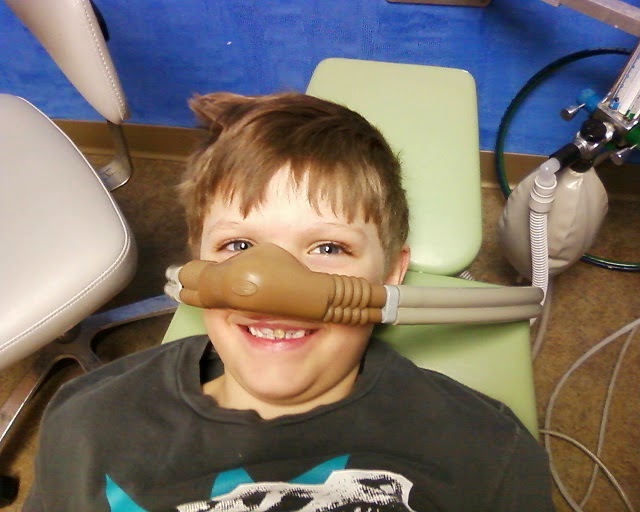 Honestly!  The things these medical professionals expect us mamas to be able to witness without our brains shutting down in favor of shunting blood to our vital organs.  Sheesh!

This was an unplanned procedure that we knew would have to happen eventually--at Bubby's regular check-up that morning, his dentist strongly encouraged us to come back later that day to take care of it before further damage could be done.  Which we did. 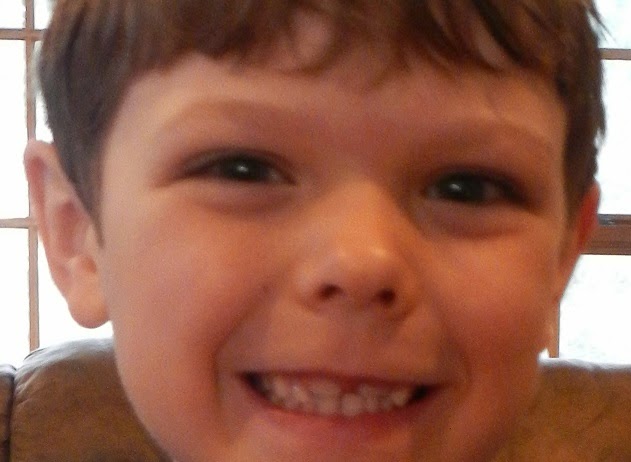 Thankfully, Bubby came through with flying colors ... and I did not end up on the floor.  The dentist is hopeful that the permanent tooth will pop back into its proper place.  She also seems to think that the enamel defect to which Bubby's baby tooth fell victim will not affect his permanent tooth (praise God).

This was the scene later that night.  Bubby's faithful tooth monster gazed on protectively, cradling Bubby's special tooth in his mouth, and awaiting a visit from the tooth fairy, as the sleeping Bubby warmed up Daddy's side of the bed. 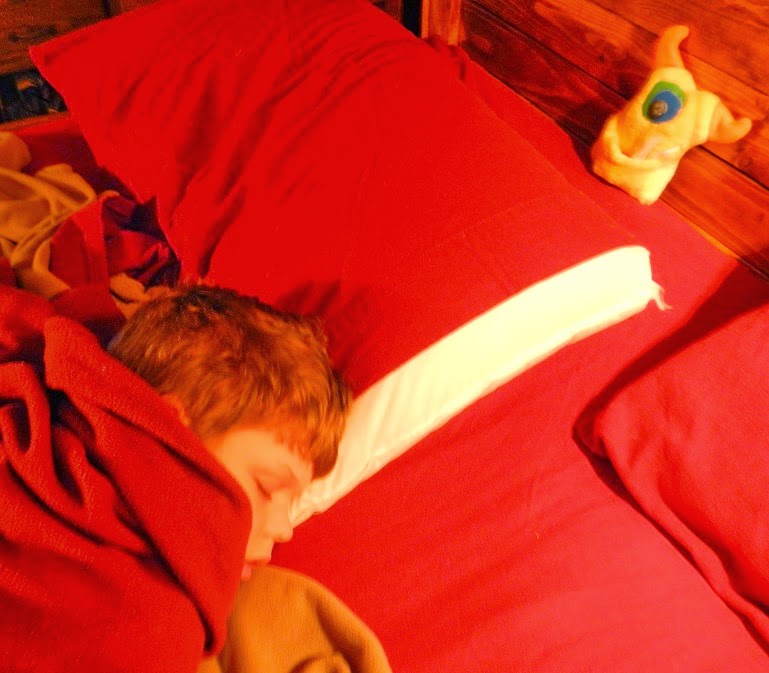 The tooth fairy left a special surprise for Bubby this time, in honor of Bubby's special tooth.  It's perfect, don't you think? 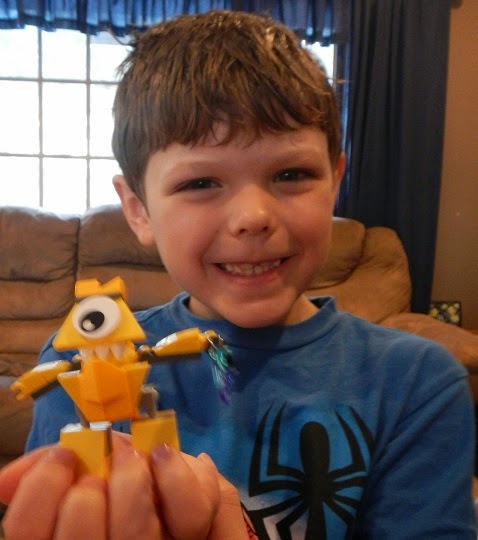 Love the teeth.
Posted by Scarlet Bluefield at 10:09 AM