{Dutch Style} Pigs in a Blanket

Or maybe something like this?
﻿﻿
Yeah, me too.  Some sort of cured sausage link or hot dog encased in a blanket of biscuit or crescent roll dough.  This is a real pig in a blanket.  And judging from a quick image search, most of the world agrees with me.  My favorite brother in law agrees with me, too.  Just one more reason why I love him :)

My husband is of Dutch ancestry, and he insists that those things up there are something else.   I don't know what he would call those--maybe something creative yet descriptive like hot dogs in crescent roll dough.  But whatever, he would say those are definitely not pigs in a blanket.

Here's what real (according to Dutch descended Americans) Pigs in a Blanket look like: 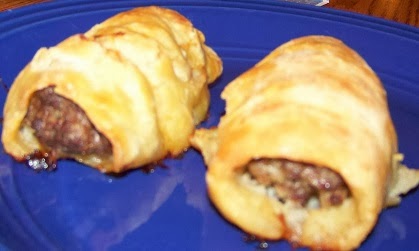 Real (according to Dutch descended Americans) Pigs in a Blanket are a mixture of ground beef and pork sausage shaped into logs and covered in flaky pastry.  They taste a lot better than hot dogs in crescent roll dough, and they're actually really easy to make--not quite as easy as wrapping a hot dog in crescent roll dough, but easy enough.  These also freeze well, so feel free to make a large batch, bake some now, and freeze some for future meals.

Hubby's Grandma R taught me how to make these when she came out for MC's baptism years ago.  She passed away a couple of years later, but I can still see her at our kitchen table, up to her elbows in flour, rolling out the dough, and passing on her knowledge of the past.  She was a no nonsense woman, and got right down to business (in other words, she started without me).  Guess I'll get down to business, too :)


{Dutch Style} Pigs in a Blanket 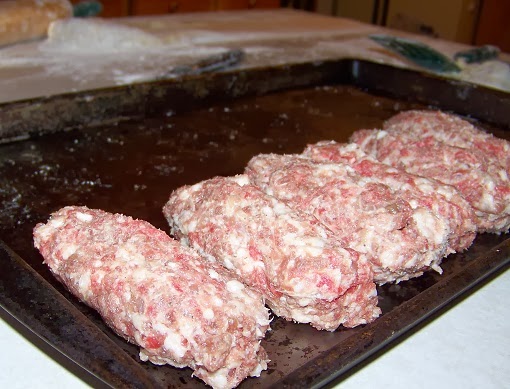 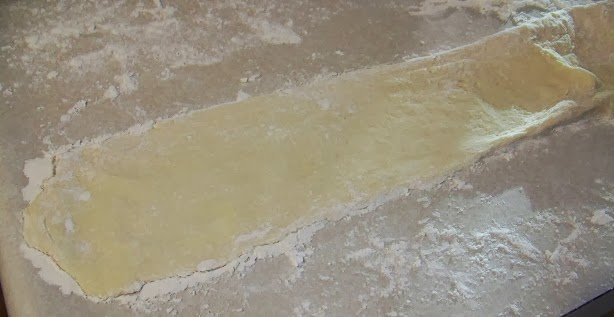 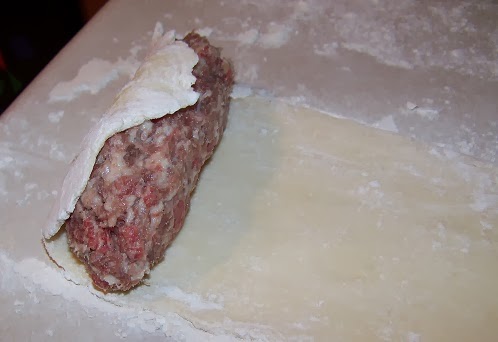 To eat now: bake in preheated 350 degree oven until done (165 on a meat thermometer), about half an hour.

To freeze for later: place pigs in single layer on large baking sheet and flash freeze until firm, about an hour.  Place pigs in an air tight storage container (freezer storage bag, Styrofoam tray covered with plastic wrap and foil, etc) and freeze until ready to use. 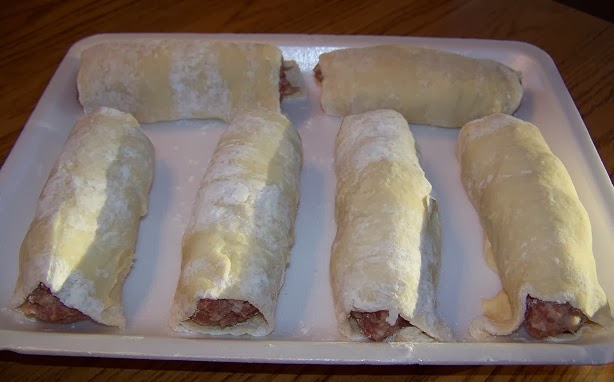 To serve: thaw and bake according to instructions OR bake from frozen, adding 15-30 minutes extra to baking time (rely on meat thermometer to tell you when they're done).


I don't make these very often, because they're terribly unhealthy* (better for you than hot dogs in crescent rolls, though), but when I do, I love to meditate on the wonderful woman who loved and nurtured her family, including my mother in law and husband, through the years.  Making and eating these is like getting a hug from Grandma.  I hope she approves. 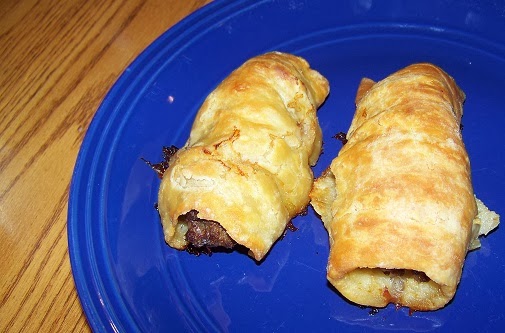 *I make these as written because they remind me of Hubby's grandma, and as I said, we don't have them very often, but if you want to make them a bit healthier, use turkey sausage in place of pork and use extra lean beef.  Substitute whole wheat flour and palm shortening in the crust.  Use egg substitute and skim milk.
Posted by Scarlet Bluefield at 11:32 AM