Remember when I told you that I was letting the radishes go to seed?  Or, more accurately, that the radishes were going to seed whether I gave them permission or not?  And then remember when I said I had tasted one of the seed pods, and I didn't think they were quite ready yet? 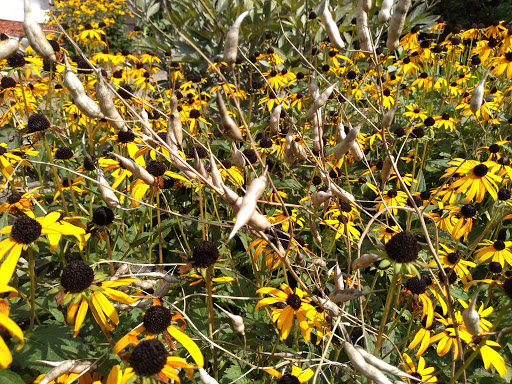 Yeah.  They went from not quite ready yet to too fibrous to (be pleasant to) eat, seemingly overnight. FYI, the ones I tasted too early tasted like not-quite-ripe sugar snap peas.  The ones I tasted too late did taste like radishes.  So that was pretty cool. 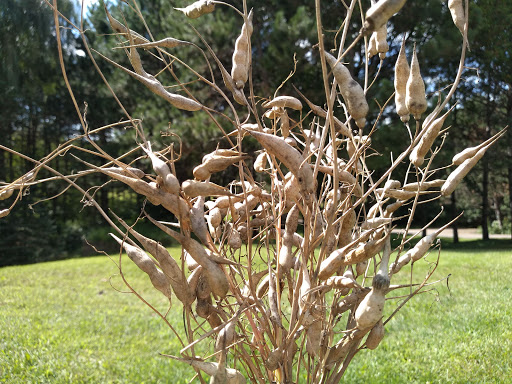 So.  We're going to have radish seeds.  Yay!  Based on what I've been hearing, radishes might be the only thing we plant next year, because there is likely to be a seed shortage next summer.  But I'll worry about that later.  I'd be ok with planting only radishes*. 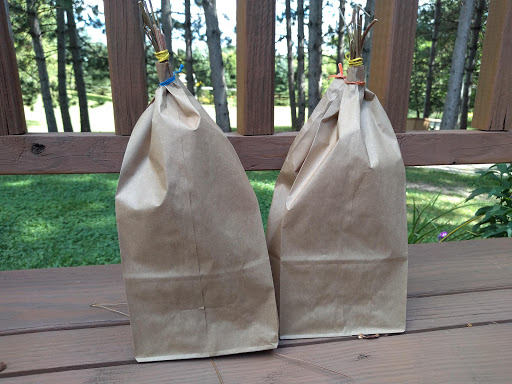 To harvest the seeds, what you're supposed to do is cut the pods from the plants, once the pods are dry, then gather them together and hang them in a paper bag.  The paper bag is just to catch the seeds as the pods pop open, so you could probably collect the seeds some other way. 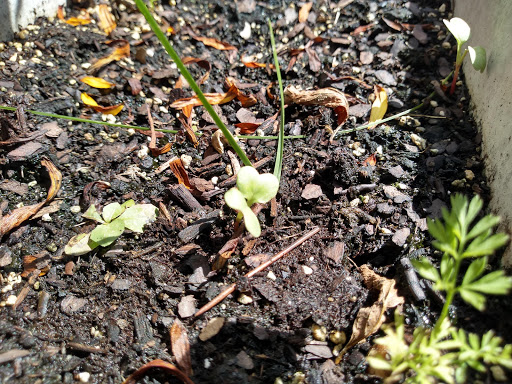 I know the seeds are viable, because a couple of weeks ago, I popped one of the pods open to see what the seeds looked like (they looked like radish seeds, by the way), then, having no other convenient place to put them, I put them in the empty carrot planter (which is not so empty, evidently, because that's a carrot growing in the lower right corner), and they sprouted.  Yes!  They did!  I made seeds!
OK.  I didn't actually make seeds, I allowed the seeds to happen through neglect.  That's pretty much the same thing, right?

* I do have more seeds leftover from previous years, so even if we can't get any new seeds, we'd probably be able to plant more than radishes.

Posted by Scarlet Bluefield at 4:00 AM