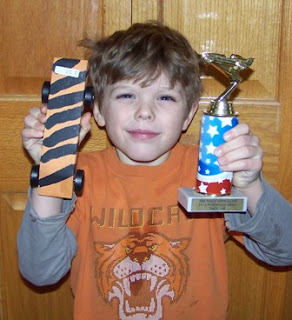 Roger's car, "Tiger", won 3rd place in the open class!  Notice how he artfully coordinated his outfit with his car.  Finally, he has a trophy of his own so he doesn't have to "borrow" from his brothers. 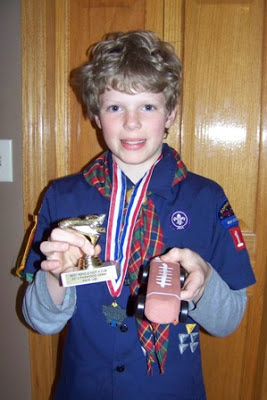 MC placed 14th in the Scout class, plus he won a trophy for "Best Vehicle Not a Car" for his football-shaped entry: "Hail Mary."  MC has officially run out of space on his trophy shelf.  Mind you, his trophy shelf is only about 3 1/2 feet wide, but still, it's full :)
Posted by Scarlet Bluefield at 11:46 AM