Howdy, y'all.  Day 4 of school and things are going well.  As much as I can tell, everyone likes their classes (MC starts his full schedule of classes today, having spent the last 3 days doing orientation activities).  Everyone has gotten to school and back home safely each day, and everyone has figured out lunch.  In short, I'm feeling much less nauseous today than I was 3 days ago.

This week started off with the long Labor Day weekend.  Hubby had planned on taking the boys on a canoe camping trip, but events conspired to make him change his plans.  So, instead of canoeing, he kayaked every day of the weekend, in between house projects.

One of Hubby's weekend projects was this: 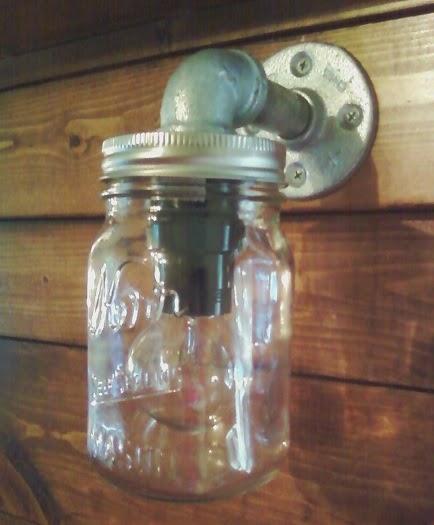 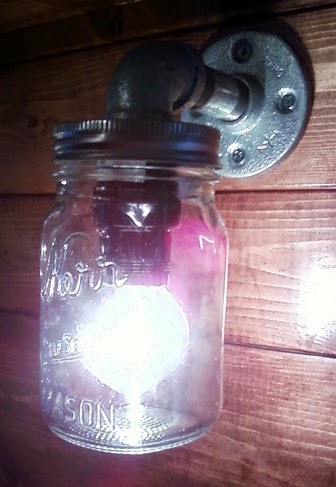 Mason jar lights for our headboard!  I really love the way these look, and they make really pretty patterns on the ceiling, too.  Thanks, Hubby!  Did I tell you the kids want them now? :)

On Monday, Bubby kayaked in whitewater for the first time.  So proud of that boy :) 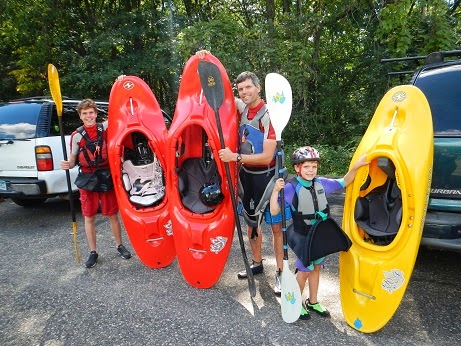 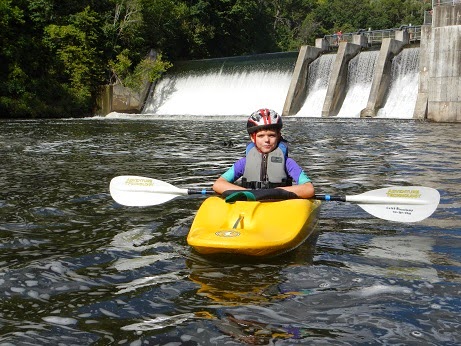 Tuesday my boys started 9th, 6th, and 1st grade.  New schools for 2 of them, and all 3 are in different schools.  School itself went well.  Bussing, not so much.  Apparently they changed a bunch of bus schedules over the holiday weekend, and expected the parents to just know about the changes.  Argh!

We've had football practice this week at 5:30 pm each day.  It's a lot, for sure, but I am so thankful that MC's not in elementary school anymore.  If he was, he would have about a 20 minute turn-around time at home during which he would need to do homework, eat supper, and get ready for football.  Crazy.  Most nights he doesn't get home until 8, which means he has about half an hour to eat again (because who can eat a full supper at 4:30 pm?  Well, besides my college friends, who ate every day at 4...), shower, and get to bed.  So as difficult as it's been, it could be much worse.

Next week he starts his full schedule with practice Monday, Thursday, and Friday, and games Tuesday and Saturday.  The season lasts just 6 more weeks, so we can do this.

Thursday night was open house at the middle school, so Hubby and I went over to talk to some of MC's teachers.  We left feeling a whole lot better about how he's going to be supported in his learning, so while I'm still anxious for his future, and I still can't see how we're going to get from where we are to where he needs to be, for now I have hope.

This morning, I slow-jogged/walked a very hilly 3.6 miles in 35 minutes, if you believe the trail map.  This means, if you do the math, that I traveled 3 miles on foot in less than 30 minutes.  Which means I've met my goal, nearly 2 months ahead of schedule.  Which means I never have to run again.

Except I don't believe the trail map, and I really do want to enjoy running.  Guess I have to just keep going... this kind of reminds me another goal I made, once upon a time, involving pie crust...

How was your week?
Posted by Scarlet Bluefield at 11:27 AM