Yeah, I know.  Who doesn't?  But Hubby likes a very specific concoction of ice cream components.  At least twice a week, and sometimes every day in a week, at the end of the day you can find Hubby enjoying a bowl of vanilla ice cream with peanuts and chocolate syrup.  He likes this combination so much, he gets a little cranky if one of these essential ingredients is missing.

Several months ago, we were out of chocolate syrup.  I don't want Hubby to be cranky, so I decided to make some, using this recipe.

It was a hit!  Everyone liked it, and some of them even liked it better than store bought.  So I kept making it.

Here's what I store it in. 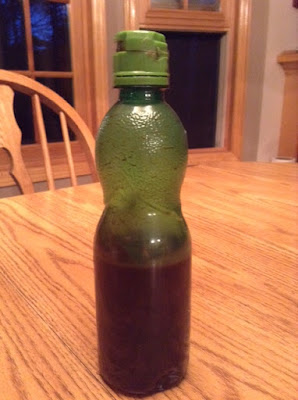 It's a nice container for dispensing chocolate syrup.  Much less messy than the mason jar I had been using.

This is what I store my lime juice in. 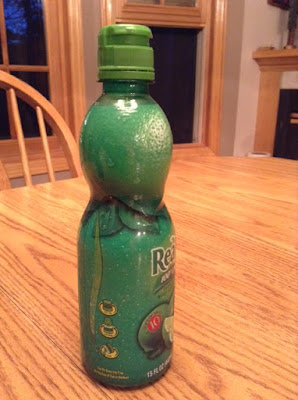 They're remarkably similar.  In fact, they are identical in shape and color.  The only difference is the label.  And the fact that one has chocolate syrup and the other has lime juice in it.  If one was not paying attention, one might accidentally mistake one for the other.

That would be a bummer.  And sour. 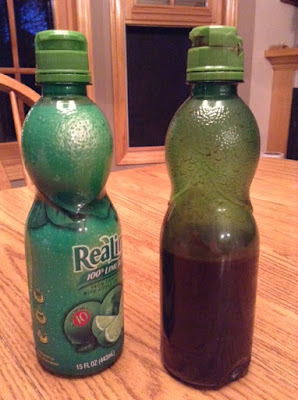 Not that that's ever happened, or anything.