What's that you say?  I'm supposed to be telling you what's for supper?  Ehh.  I figured it's your turn.  We've been a little...preoccupied...over here, and the meal planning brain cells are being used for other things.  Like keeping heads above water.


In mid-October, Bubby was running through the woods, tripped, and fell, impaling his cheek on a stick.  A trip to the ER and 4 stitches later, we thought we were done.  We'd keep the laceration clean, it would heal, and we'd move on with our lives.


Nope.  Over the next 2 days, Bubby's cheek proceeded to swell to well over double its normal size.  Monday morning we were at the clinic, where the doctor told us he thought there was a foreign body (aka part of the stick) in Bubby's cheek.  He told me that he thought it was probably just a little sliver, and would work its way out the same way it went in.  He instructed us to call if the swelling hadn't gone down in 48 hours. 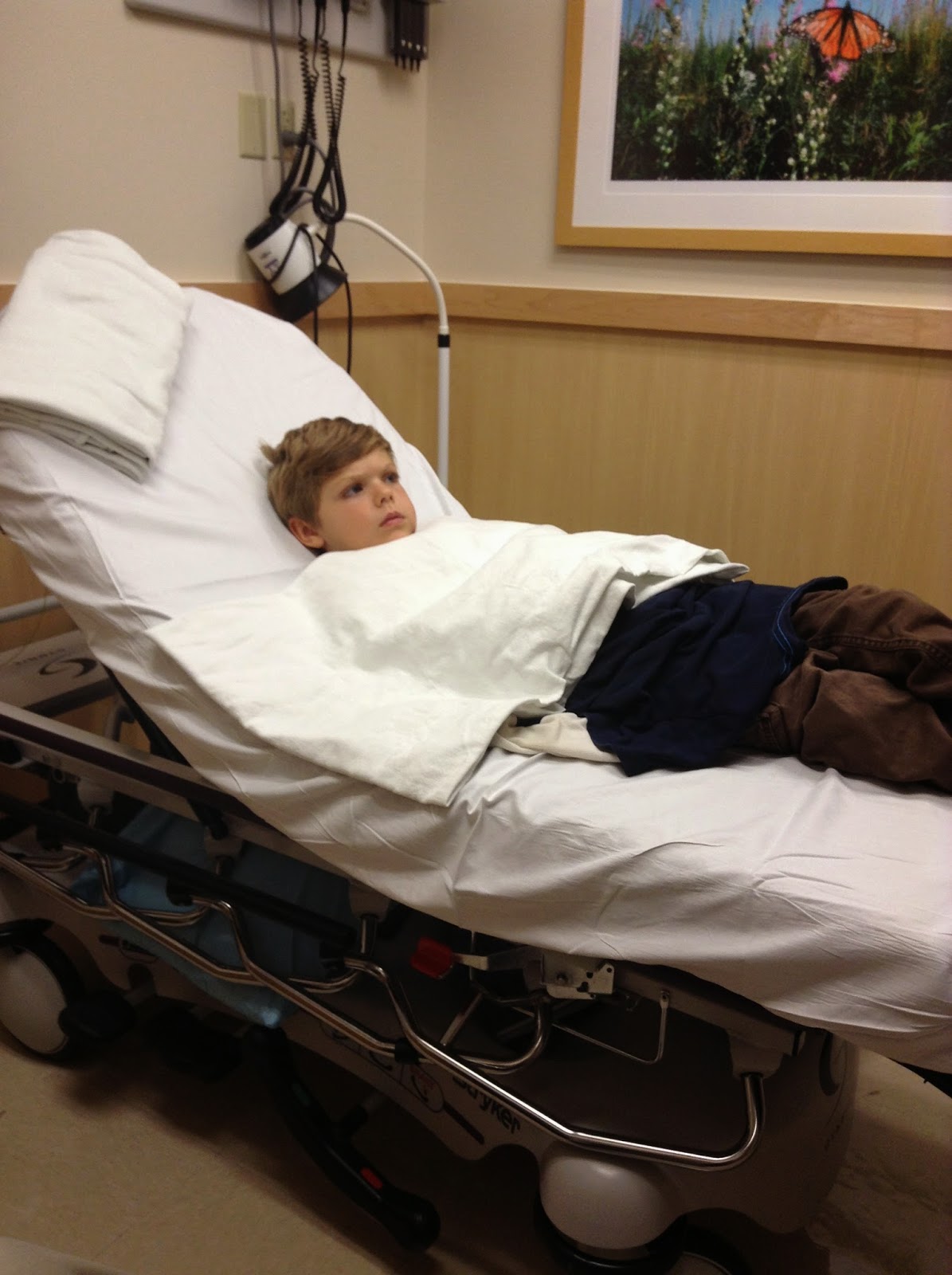 You guessed it--48 hours later, no change, so the doctor sent us to the ER at the Children's hospital.  The ER doc and his plastic surgeon sidekick didn't seem to think it mattered whether or not there was something stuck in our baby's cheek.  Instead, they were concerned that it was infected.  They offered to cut it open and clean it out, but recommended that we start with the least invasive treatment.  We went home with foul tasting antibiotics and instructions to call if either it got worse or there was no change.


It got better.  The swelling went down, and Bubby's cheek started looking normal again.


Until a few weeks later, when we noticed the cut was sinking, forming a dent in Bubby's face.  And then another week later, when localized swelling started just right over the original injury.  And there started to be a lot of drainage.


Last week we went back to the plastic surgeon who said (as we had been saying for weeks) that it shouldn't be taking this long to heal.  Apparently, it was infected again, and the infection was feasting on the fat in Bubby's cheek!  On Friday, the plastic surgeon cut open our baby's cheek and cleaned it out.


Out of our baby's cheek came a piece of wood about the size of a dime.  A dime!  The surgeon said it was right on the surface, too.  Came right out.  How could everyone have missed that in 4 previous visits to health care professionals?


Anyway, now we're back to taking foul tasting antibiotics, and hoping that this time, we really are done.  Bubby was a rock star, and he's doing great.


My friends, I just don't have it in me to be planning meals right now.  So.  Tonight we'll have leftovers/fend for yourself.  I think we'll probably have turkey on Thursday, but the rest of the week is up in the air.  Any suggestions?
Posted by Scarlet Bluefield at 2:53 PM