Some stuff happened this week.

Ok, well, a lot of stuff happened this week, including my husband telling me that it was a hardship for him to go to Mexico because the high temps were only (only!) supposed to be in the mid-sixties.  And rain!

And then, you know, there was the afternoon/evening I moonlighted as a taxi driver.  Driving, pretty much constantly, picking people up and dropping people off from 3:30 to 8:30 pm.  Those people are poor tippers.

And then, there were my girls.  Love them to pieces.

Followed by our group's reservation for volunteering at the Operation Christmas Child shoebox processing facility being canceled because they're FIVE DAYS ahead of schedule. So disappointed.

And now today I'm doing a favor for a friend in the morning, followed by this in the afternoon (love this Christmas tradition).

But none of that stuff matters because I GOT MY NEW FUZZY PANTS in the mail!  I looooove them. 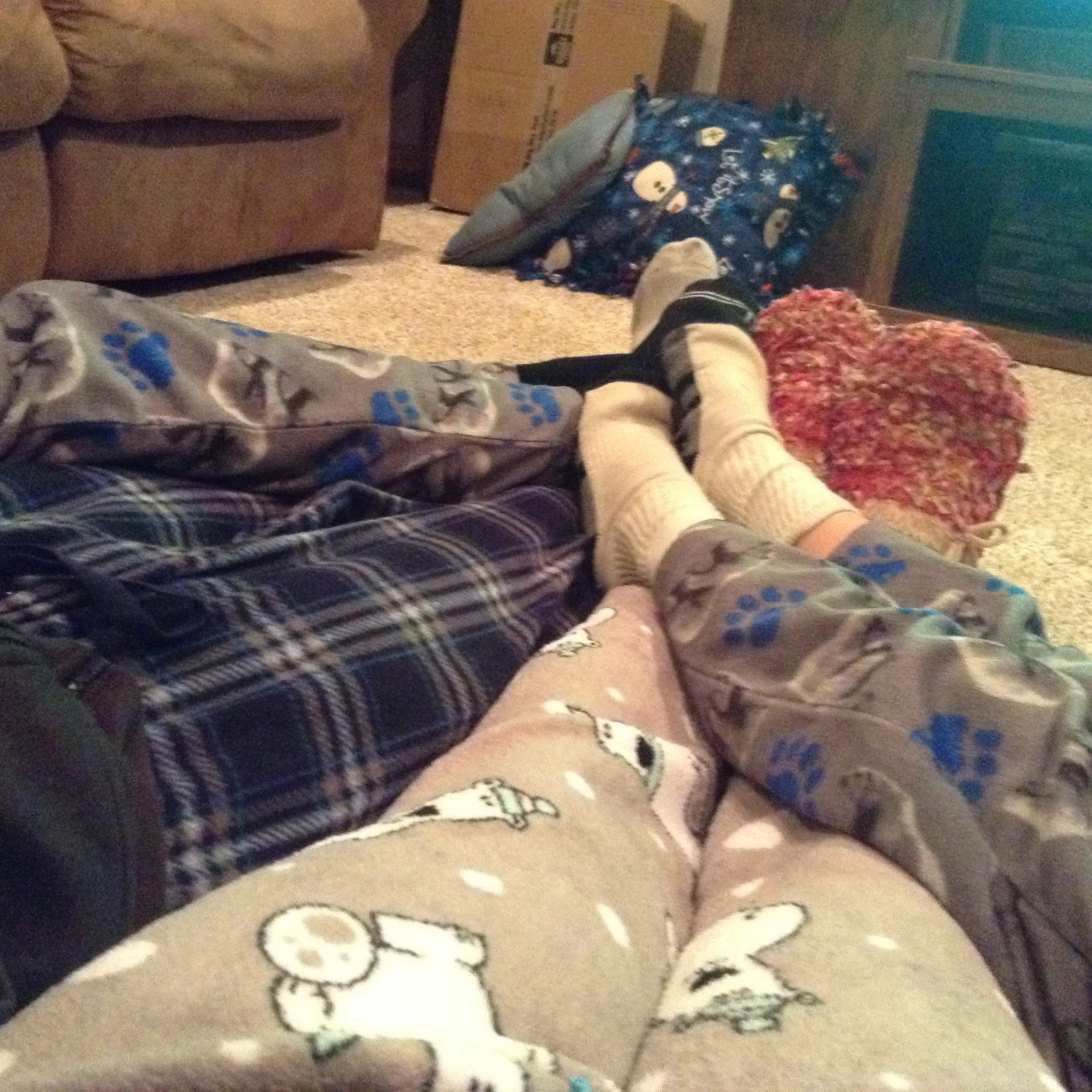 That's MC on the left, followed by AKD, Me, and Bubby.
Our fuzzy pants all match!  This makes me happy.
Hubby is not pictured, because 1) poor guy was suffering through mid-sixties and rain in Mexico, and 2) if we took a picture of him in his jammies, it would not be suitable for posting on this family-friendly blog.


How was your week?
Posted by Scarlet Bluefield at 9:11 AM