Congratulate me: this is my 200th post. You may have noticed that it's been more than a week since my last post. That's because The Last Day of School happened. Now, the older two are not in school and the baby is not sleeping, so I do not have time to blog.

The last day of school was fun. This year, after the school-wide picnic, the classes rotated together through several games--they called it HES Survivor. Very nicely done.

The day after the last day of school was my birthday. We had a party to celebrate, and I've included some pictures: 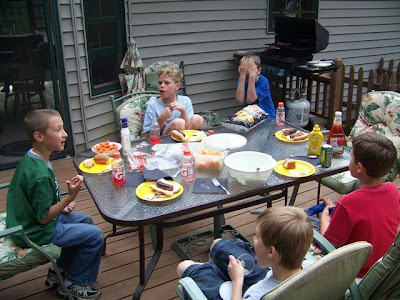 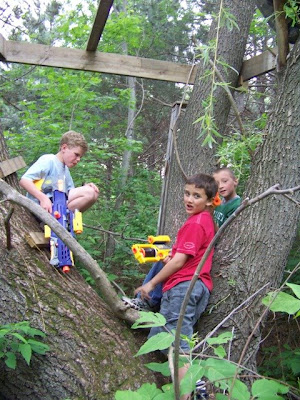 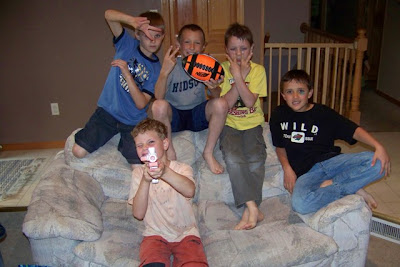 and we had a bonfire 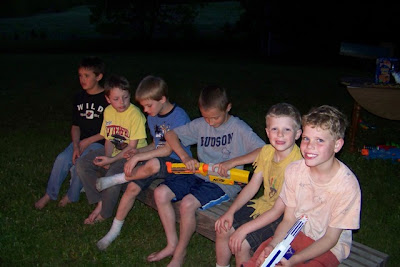 with s'mores, of course (notice the product placement--this is actually only half of the s'mores consumed that night, and believe it or not, I have seen more than this set up at one time before...) 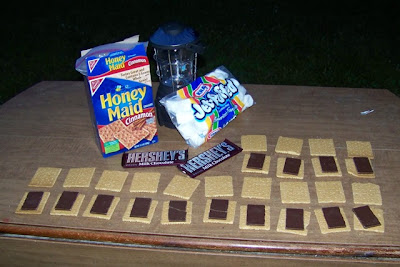 There was bike-riding (and crashing), 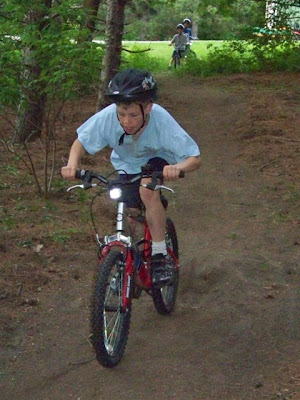 and tractor riding, too. Notice that the boys are heavily armed, just in case some bad guys jump out of the woods. 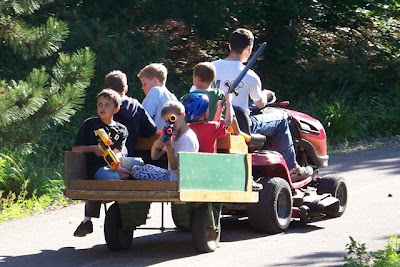 There was, however, no cake, and no "Happy Birthday" singing, hence, no pictures of such.
All in all, it was a great time. I hear that we're going to do it again next year.

You know how some mommies complain that they can't go to the bathroom by themselves anymore? Well, my precious Bubbalicious has taken it one step further. I can't take a shower by myself anymore (that is, unless I want to listen to a Bubby crying and trying to open the shower door for the duration). And the Bubby (he's so special), likes to center himself over the drain...right in the middle of the shower floor.
Posted by Scarlet Bluefield at 8:42 AM