It must be the age

It must be the age.  When MC was in 3rd grade, he left a lot of jackets at school.  Now Bubby is in 3rd grade, and he has two jackets that he alternately leaves at school.  Maybe AKD did the same thing, although if he did, I have no written record of it.  There was a period of time when I would always find something of ours in the lost and found at school, even if I wasn't aware that we were missing something.

Luckily, I've been picking Bubby up after school often enough this fall (due to those crazy two evenings a week) that I've always been able to grab the one that's at school out of the lost and found before he leaves the other one there.  Consequently, he hasn't had to go jacket-less to school yet.

I know what the problem is.  It's cold when he goes to school in the morning, and then, because he has it, he wears his coat out to recess.  At recess, he plays hard, gets warm, and takes off his jacket.  And then promptly forgets about it, until the next morning.

In fact, I grabbed a jacket out of the lost and found yesterday.  Bubby looked a bit chagrined as I plucked it from the pile, as if he hadn't realized he'd left it again.  This morning, there were no jackets on Bubby's hook.  "Um, Bubby, did you leave your jacket at school yesterday?" I gently queried.  Indeed he had (the one I had taken from the lost and found was still in the truck).

Oh, the irony of taking the jacket out of the lost and found and leaving the other one, the one he had worn that day, at school.  You can be sure that before we leave school today (yes, yes, it's a busy week.  Thanks for asking.  Four times, I'm picking that kid up at school this week, and possibly dropping him off once), I will do my best to ensure that we have two jackets.  If I remember, that is.  Maybe I can't blame the age.  Maybe my kiddos are just destined to be forgetful based on the mama portion of their chromosomes.

This morning, Bubby wore a hat to school.  "Especially since my hair is wet, mom," he told me.  Isn't it supposed to be the mom who tells the kid to wear a hat because his hair is wet?  Yup, I am wondering if the hat's going to come home today (I know it'll get here eventually).  It does fit nicely into his backpack, so at least there's that.

And now for some gratuitous random pictures of that forgetful kid, not wearing a jacket. 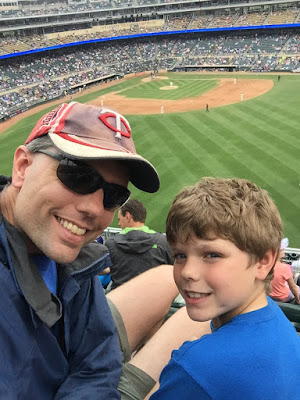 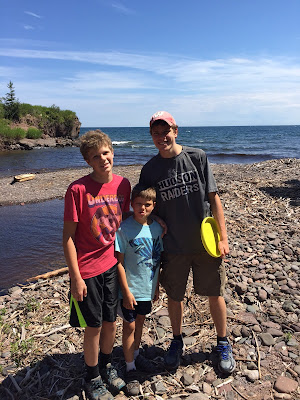 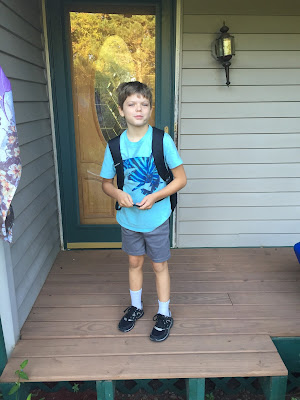 Posted by Scarlet Bluefield at 8:52 AM