Y'all.  I don't know how to tell you this, so I'm just gonna come right out and say it: we got six eggs yesterday.  Yeah.  You read that right.  Six.

I'm pretty sure only five of the girls are laying.  I mean, Koko is still so small, and she has a really small comb and really small wattles, and there has been no submissive squatting, only running away.  Additionally, heritage breeds, like black austrolorps, generally come into lay about a month later than hybrids.

So how (in the world) could we get six eggs in one day?  This situation reminds me of this:

Based on the number of eggs, there must be chickens around here that I haven't met. 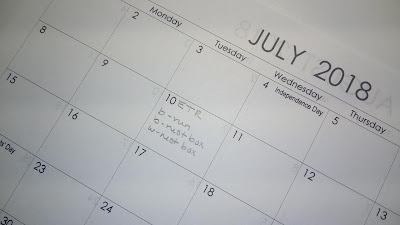 When it was just the Bigs laying, I used their initials, but for these little eggs, I need to use descriptors. 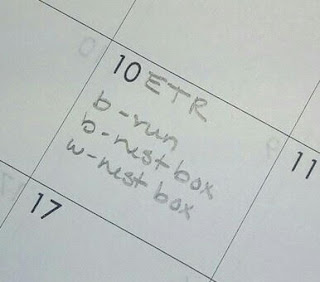 With the discovery of a second white egg, our current theory is that Hazel is indeed laying white/cream eggs (yay!).  Which means that Indigo has to be laying all of the little brown eggs.  And there have been a lot of little brown eggs!  And it also means that Hazel has laid just two.  That's kind of unbelievable, because Indigo is so much smaller than Hazel and started squatting much later.  If the brown eggs are Indigo's, that means she laid the first egg.  And if all of the brown eggs are Indigo's, why are some of them in the run, some in the hen house, and some in the nest box?

I asked the girls, but they were close-mouthed about the whole thing.  Except Toasty, who has always been pretty vocal.  She had no insight into the egg mystery, however.

It's a mystery, for sure.  I'm thinking about just camping out in the coop until I catch the Littles in the act.  Or set up a hen house cam.  I'll keep you posted.

By the way, the first egg that we found in the hen house, the one that was bigger than all of the other little eggs, had two yolks.  So whoever laid that one (Indigo?) laid a double yolk for her first egg.
Posted by Scarlet Bluefield at 6:00 AM