So we had a nice weekend. The weather was absolutely beautiful, and the kids didn't have school on Thursday and Friday.
On Thursday, Scott was still out of town, so the boys and I headed to Lookout Ridge, which is an indoor playground sort of near where we live. We all had a great time, and for a good portion of the time we were there, we pretty much had the place to ourselves--most of the daytime clientele need to take afternoon naps. Just one little interesting thing about our kids. Whenever they are playing with other kids, they pair up, and Cody always gets to play with the older kid and Logan always plays with the younger kid, regardless of their ages. On Thursday, the older kid they were playing with was younger than Logan, and he kept saying, "I want to play with Logan," but Cody kept telling him he had to come with him. It's that way with their cousins as well. Tyler and Cody pair up and Connor and Logan pair up, even though Tyler is closer in age to Logan than to Cody.
Then we headed off to the Turkey Dinner at our church. Cody, Scott, and I worked in the pie room, and I'm telling you folks, the pie room is the place to be!
On Friday we went to a harvest celebration at Pleasant Valley Tree Farm near Menomonie. It was so much fun! They had a corn maze (just a little one, so not too intimidating), petting zoo, spooky trail, enchanted forest maze (which was really a labyrinth), two play areas, 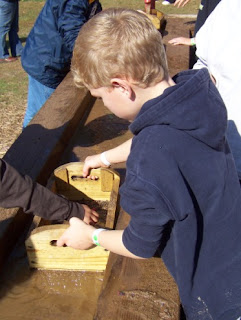 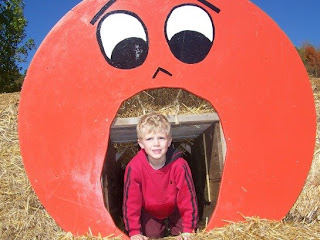 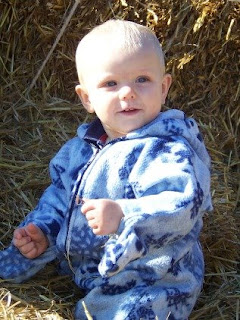 On Saturday, Cody and Logan had soccer games (isn't that a good picture of Cody?), 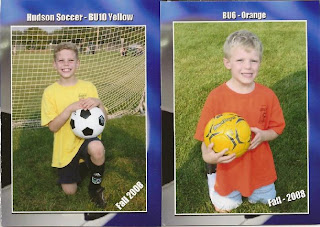 after which we headed to a nearby state park for a hike with the Cub Scouts.
It was tiring, but a good sort of tiring...and now we're back to the daily grind, and I had to cut my walk short this morning because it was raining, but it's OK, because I've still got the sunny memories of the weekend.

Posted by Scarlet Bluefield at 9:08 AM