Did I ever tell you about the time my sister in law and my favorite brother in law and their kids drove 500 miles to see us and we abandoned them in the company of our kids for several days? 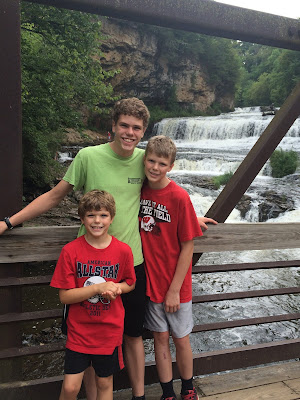 The other day Chip was taking photos off her phone and sent me these couple of pictures taken while they were here.  And we were not.

Poor Chip.  She was probably overwhelmed with trying to keep an eye on 5 boys at once, especially since 60% of those boys tend to want to hang out in caves and behind waterfalls and climb up rock faces.  The other 40% are heavily influenced by their cousins' daring feats.  Which, in some ways, is a good thing. 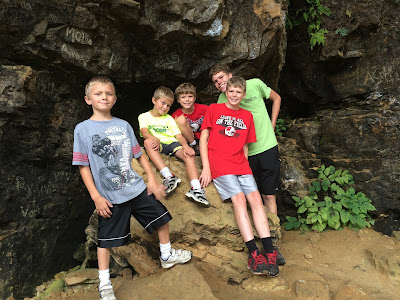 We did come home, Sawblock, and I.  Eventually.  The boys and I started hanging out with astronauts.  Really.  Big.  Astronauts. 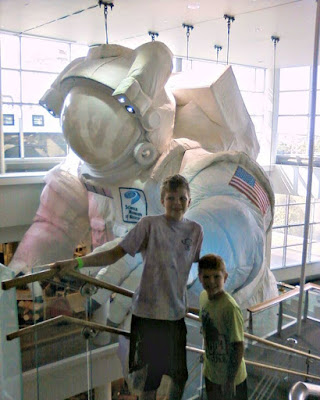 Then there was the time Sawblock and AKD kayaked, mountain biked, and trail ran, all in the same day, with about 500 of their closest ... competitors?  And AKD came home with hardware. 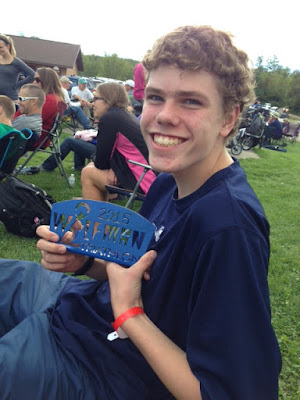 And then there was the time a Red Coat showed up on our doorstep, wielding his sword. 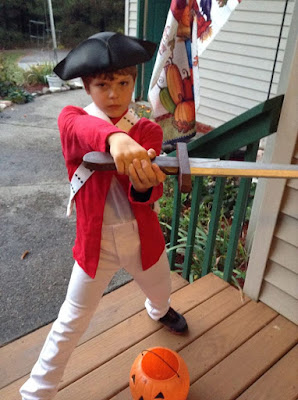 Shortly thereafter, there was the time when MC got ... a little ... muddy. 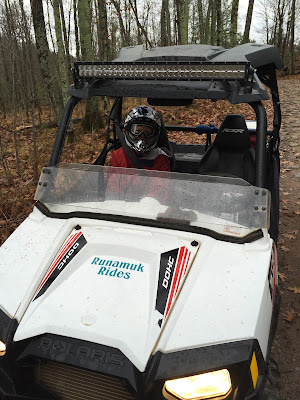 I made puffy bread. 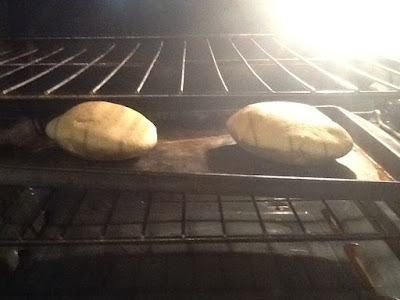 And then this happened. 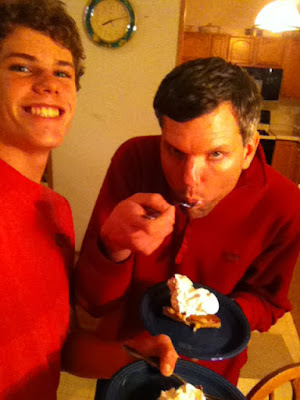 I'm not quite sure what's going on there or what to say about this.  I mean, they're eating pie, obviously, but ... yeah.

That happened.
Posted by Scarlet Bluefield at 9:19 AM