So my Bubby is in his second year of preschool.  I know, hard to believe I'm almost, after 13 years of mommy-hood, finally out of the preschool years.  The time really, truly has flown by, and my little boy is getting so big.  I'm ready, though.  Ready to move on to the next stage of mothering.  I predict there will be no tears shed on my part when my baby boards that bus for the first time next September. 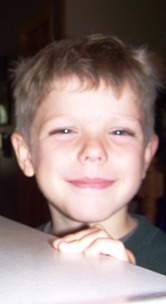 Anyway, this is Bubby's second year of preschool, and they gave us this form to fill out and get signed by his doctor.

And I noticed that this form said, under the heading "Instructions,"


Except for a school-aged child, each child 2 years of age or older shall have an initial health examination not more than one year prior to nor later than 3 months after being admitted to a center and a follow-up health examination at least once every 2 years after admission.

I noticed this written on the form last year, because since Bubby's birthday is in October, we have always scheduled his annual exams for October, and I wanted to be in compliance with this form and our state's regulation.  So I went ahead and scheduled his exam for mid-October, had the doctor sign the form, and I turned it in.

I read the form again, and figured that we were covered, since it hadn't been 2 years yet since we got the form signed.

But then, about 2 weeks after school started, they sent another one home with Roger.  I meant to go talk to the secretary about it, but I kept forgetting to bring the form with me.

On Friday, I got an email from the secretary basically saying that we needed to get that form signed or they were going to kick Roger out.  She didn't say it quite like that, but that was definitely the subtext.

Really!  Um, don't these people even read their own darn form?  Apparently not.

I sent a polite email back on Friday evening quoting the form and saying that we already have one on file that is in compliance.

I guess I'm not really shocked that whoever is in charge of compliance at the school isn't intimately familiar with the language on the form--it's published by our state's department of children and families, and the school most likely just photocopies it.  And, honestly, there are so many regulations that they have to follow--it would be impossible to keep them all in mind all the time.  I am shocked, however, that they've apparently never run into another parent who actually read the form and decided to hold the school to the language on its own form.

It's not that I have a problem with taking the form to Roger's next appointment and having his doctor sign it.  In fact, I'm planning on having it signed at his appointment that's coming up in a few weeks (which is, by the way, both within 3 months of admittance and within 2 years of the first exam).  I just don't see the need to make a special trip when our family is in compliance with the rules, and I resent that they would threaten to remove my child from their program when the misunderstanding is on their side.

By the way, it's Tuesday and...silence from the school.  Not sure if that means they agree with me, or if they're gathering their guns for another attack.  I guess we'll just have to wait and see.

Posted by Scarlet Bluefield at 10:14 AM