Just catching you up on some of the goings-on around here...

In February AKD, Hubby, and a bunch of other brave Boy Scouts headed out for SnowBase.  I could say more, but I'll just let the pictures speak for themselves. 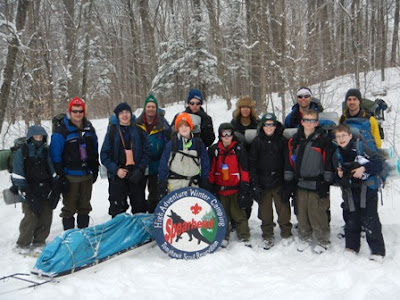 The intrepid hikers set out into the snowy wilderness carrying all of their food and gear on their backs and in sleds. 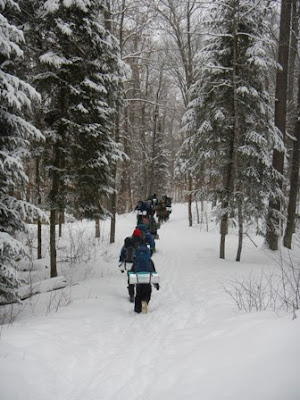 They hike for about an hour, until they come to their campsite for the night. 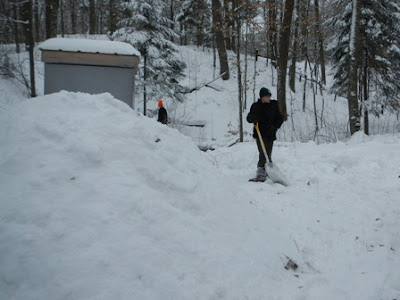 The Scouts immediately set to work building their sleeping shelters by shoveling lots and lots of snow into a big pile.  May I just say?  I'm kind of jealous.  I've always wanted to make a quinzhee. 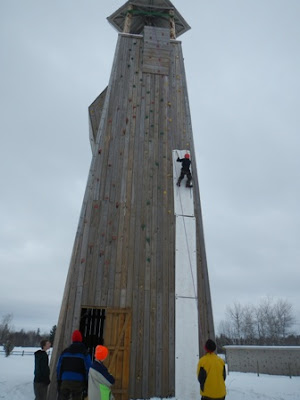 While the snow shelters sit and solidify, they boys head out for some fun.  AKD used ice axes and crampons to climb this ice wall as high as it went. 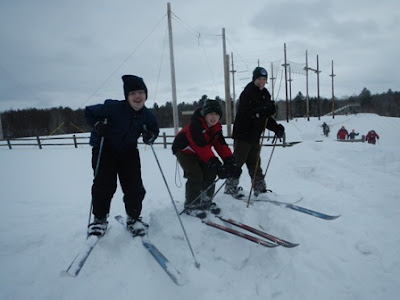 They boys stayed warm while waiting by cross country skiing. 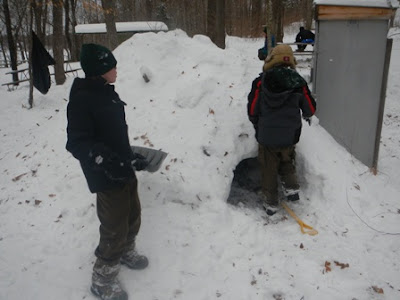 Back at camp, the shelter is solid, so the boys set to work shoveling out a door and a sleeping chamber inside. 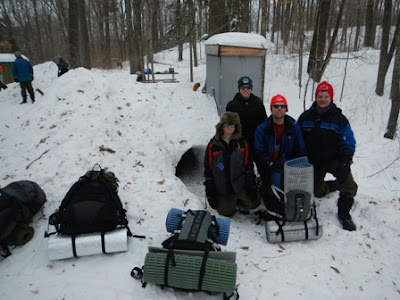 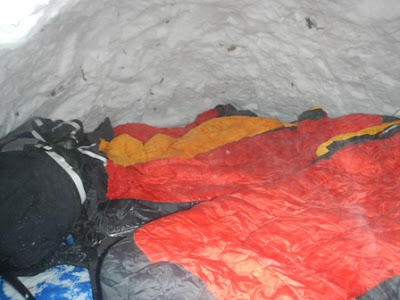 When it's done, they plop their sleeping bags down right inside... 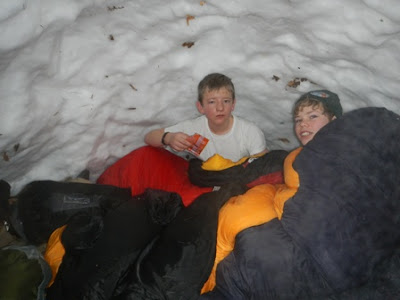 and settle in for a long winter's nap.  Can I just say?  While I have always wanted to build a quinzhee, I have little to no desire to actually sleep in one.  Kudos, boys. 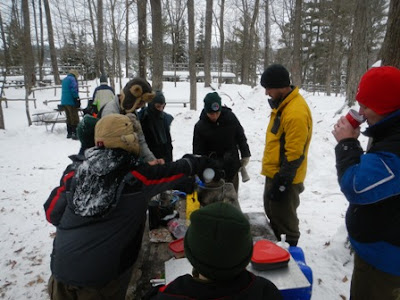 The next day, after a hearty outdoor breakfast, 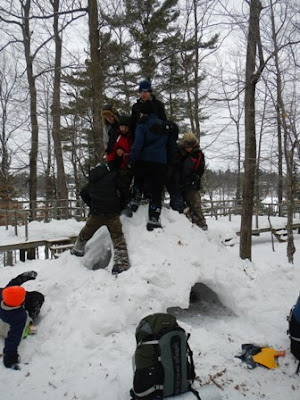 it takes lots and lots of Boy Scouts to break down the quinzhee. 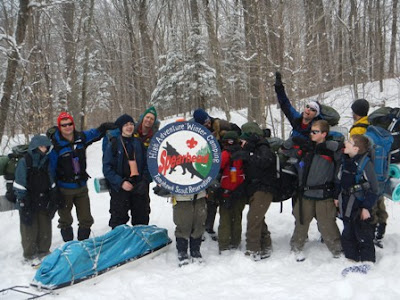 The intrepid travelers have returned.  And a fun time was had by all.  Hurrah!
Posted by Scarlet Bluefield at 10:00 AM