It's Monday, which means it's time for a menu post.  But it's also the last day of September, which means it's time for a 9 for 2019 update (you guys.  I just discovered that I never did an August update.  It's ok, though, because August was pretty similar to July in that I didn't do any goal-work in either).  So I'm going to update y'all on the chickens.  Makes sense, right?  Oh, ok, I'll also tell you which, if any, goals I worked on this month.

It's molt season around here.  Chickens do this silly thing where they lose their feathers and regrow them right as it's getting cold.  Last year, we definitely had daytime temps below freezing while the girls didn't have feathers.  This year, the girls started earlier, and seem to be completing their molts faster.  At least Esther did.  It is so much more sensible to lose one's feathers when it is 80°F and regrow them by the time it's 60°F.  Another thing that's different this year is Esther has started laying again after her molt.  Last year the girls didn't start laying again until almost spring.

Finished molting, laying eggs (but her lovely beard has not regrown): Esther 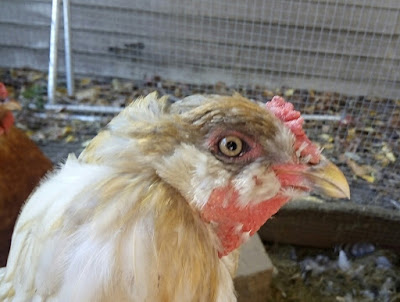 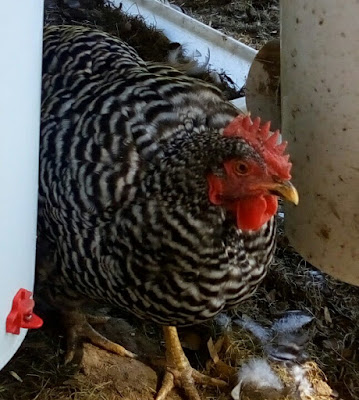 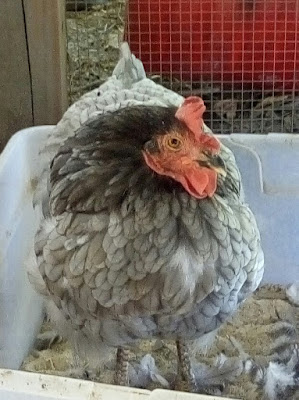 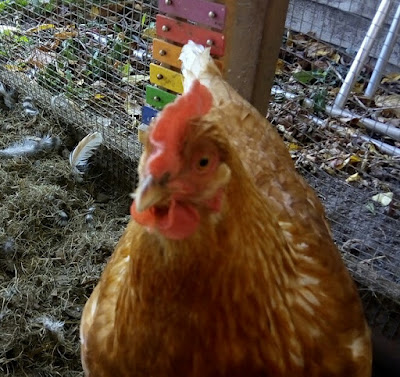 Not molting, and laying eggs: Koko 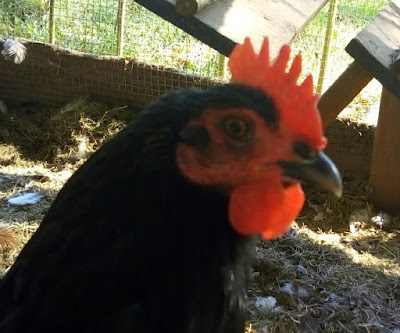 In other news, there really isn't any other chicken news.  They're just busy doing their thing, and I'm just busy enjoying them.

... decided to pretend that HomeGoods is the arboretum in order to get my playdates goal one step closer to completion.  There were pumpkins and flowers and other plant-type things everywhere, so it's kind of close, and I kind of wanted to go to the arboretum in the spring, which is in the past (and future), so...

Y'all!  Do you have a HomeGoods store near you?  If so, why did you not tell me how amazing they are?  Like seriously.  I think I might like HomeGoods even better than Fleet Farm, and you can't even get chicken feed there.  You have got to go there.  It was so inspiring!  And, in all honesty, the whole point of the playdates goal was to expose myself to inspiring new experiences.  Check.

HomeGoods is in the same family of stores as TJ Maxx (which I don't particularly like) and Marshalls (which I also don't like) and Sierra Trading (which I kind of like, but I can't imagine actually going to a brick and mortar store, because it just doesn't seem right after years of shopping the newsprint catalogs), and it's all about Home.  I went there specifically looking for pillows, and I found some and bought them*!  I also found some gorgeous glass pumpkins that I did not buy, but that I can't stop thinking about.  I'm gonna have to go back.

* This is a huge deal for me, because for years I have avoided throw pillows because I knew that my people would, well, throw them.  On the floor.  And that I would have to pick them up and put them back where they belonged.  And that they would get thrown again.  But I wanted throw pillows because they're such an easy and inexpensive way to refresh decor and make a space look pulled together.  But I avoided them because I'm insecure about home decor matters--I know what I like when I see it, but I feel like I just can't pull it together myself.  But I did it!  I bought pillows, and I put them on my couches, and they look good!  And then I texted a friend to ask if she thought the one long pillow on the love seat was weird, because insecurity. 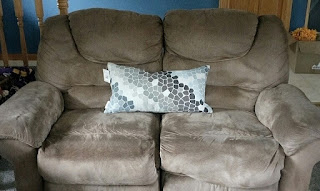 And, by the way, thank you, friend, for being the kind of friend that I feel comfortable showing my insecurity to.  And also thank you for having good taste.  Love you.
Posted by Scarlet Bluefield at 3:30 AM

Email ThisBlogThis!Share to TwitterShare to FacebookShare to Pinterest
Labels: 9for2019, chickens