This 2020 goal wrap-up post is a little overdue, and slightly out of order.  Because I actually finished 20 goals by June last year, I sorta forgot about wrapping up the year.  Well, and then there was December.  And December is hard.

But there were a few more goals that I accomplished from my big ol' long list of potential goals in 2020, so I wanted to tell you about them. 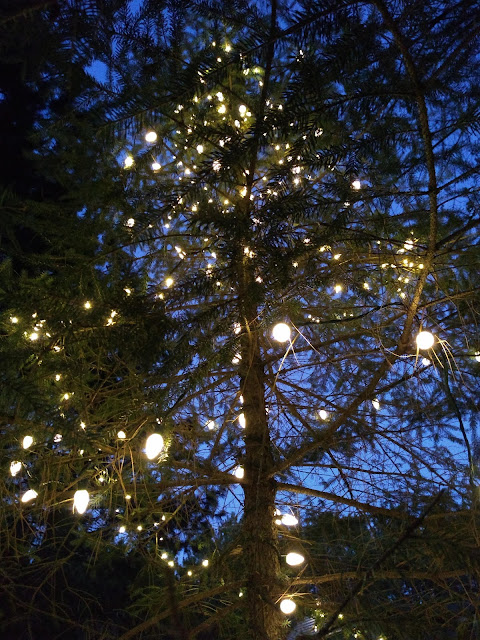 I bought the lights in early 2020 when they were on clearance, and I put them in the tree in October or November, as high as I could reach, perched precariously on a ladder.  I had scratches on my arms and twigs in my hair, but it was so worth it.  The lights will be staying in the tree, either forever or until they don't work anymore, and the tree will be lit at night until we have to move the extension cord for mowing purposes.  Whenever I catch a glimpse of the lit tree through our front window, my heart leaps to see those little lights shining in the darkness.  I am so pleased. 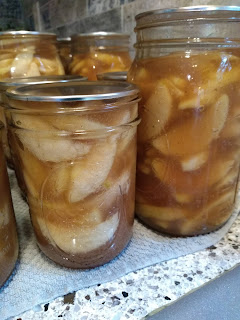 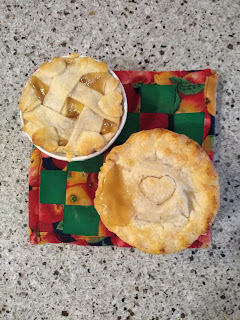 I canned the apple pie filling in quarts and pints because it seemed like one quart was too little and two quarts was too much, for one pie.  I made enough for five full sized pies, and used the extra pint to make these two mini pies.  Someday, I hope to can cherry pie filling.  You know, for a little variety.
Accomplishing this goal was a bit of a surprise, since I didn't plant any pickling cucumbers.  What I did plant was zucchini, and the nature of zucchini is to overrun its masters in August.  I ended up canning 3 jars of zucchini pineapple, 2 jars of sweet zucchini relish, and 2 jars of zucchini dill pickles to use up that overabundance of zucchini.  We haven't tried the pickles yet, but the pineapple worked beautifully in a recipe, and I'm told the sweet relish is delicious. 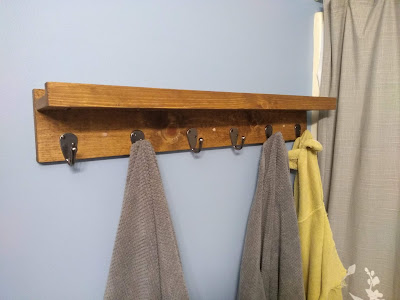 You are right, friends.  I am counting this goal twice, sorta.  This was the last of the 20 goals that I told you about in June.  At the time, I had finished the shelf, but it was not yet installed, because we were waiting for the bathroom to be painted.  Now, the shelf has been installed, and I love the way it looks and functions.  Now I just need to figure out what is worthy of going on the shelf.  Let me know if you have any suggestions--maybe a fun saying to put on a sign.
So that's it.  I'm impressed with myself.
Stay tuned, because the next post in this series will be the January update for 2021.  Yeah.  I know.  It's February.  Grace, friends.
Posted by Scarlet Bluefield at 5:00 AM

Email ThisBlogThis!Share to TwitterShare to FacebookShare to Pinterest
Labels: 20for2020